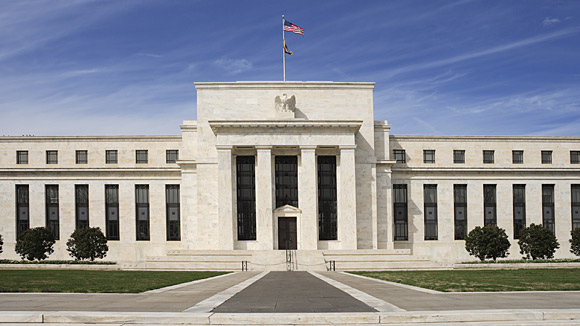 A Fed rate rise still seems some way off.

Take it at its word and a Fed rate rise still seems some way off. “In determining whether it will be appropriate to raise the target range at its next meeting, the Committee will assess progress … toward its objectives of maximum employment and 2 percent inflation.” US unemployment is already at a rate its central bank considers to be full employment but without a hint of unwelcome inflation. What’s more, the Fed sees no inflation threat on the horizon. Narrowly, markets reckon a January hike is more likely than a December one but don’t discount a later date.

US gross domestic product (GDP) grew at an annualised rate of only 1.5% in Q3, down from 3.9% in Q2. To an extent this was “good” “bad growth” as the major drag was a fall in the stocks of unsold goods held by businesses, which alone knocked 1.4% off the level of GDP. That means more of future demand will have to be met from new production and that could boost output in Q4. Spending by consumers was up 3.2% and investment by 2.9%, while trade was a modest drag on performance.

The Fed keeps a keen eye on the Personal Consumption Expenditures (PCE) measure of inflation. It judges overall inflation to be on target if the annual rate is close to 2.0%. The PCE index fell 0.1%m/m in September and was up only 0.3%y/y. Although falling gasoline prices continue to drag down the overall inflation rate, even in services, where the oil price effect is more limited, prices increased by only 1.8%y/y.

The cost of employing the average American worker – including wages, salaries and benefits – increased by 2.0% in the year to September. While labour costs have grown a little faster in 2015 than the 1.5%-2.0% average of recent years, this hardly represents runaway inflation. And this at a time when unemployment has fallen to 5.1%, a level which the Fed’s analysis suggests should lead to noticeable upward pressure on pay.

There’s little meaningful inflation either in the housing market. In fact, US house price inflation must be the world’s best-behaved economic indicator at the moment. For 12 straight months now it has hovered between 4.3% and 4.7%, according to Case Shiller. While sales of new and existing houses are growing, there remains a decent supply of both, which keeps price rises in check.

Propping up the high street.UK household debt increased by £4.9bn (2.9%y/y) in September. That’s the fastest rate of growth for six years and shows the growing confidence of the household sector. Higher mortgage lending was behind the bulk of the increase as approvals for house purchase and remortgaging picked up. But the fastest growth was in consumer credit with personal loan balances rising at 9% and borrowing on credit cards up 6%. That injection of cash into the economy should keep retail sales motoring along nicely.

House prices grew 3.9%y/y in October according to Nationwide. Some commentators regarded this as disappointing because it was too slow a rate of inflation. Yet pay is rising at 3.0%y/y, so houses continue to become more expensive relative to incomes. Expect inflation to pick up a little in the coming six months as the RICS survey is pointing to faster price growth soon. The latest mortgage approvals figures from the Bank of England also support faster inflation: 69k approvals in September was a 13% increase on the previous year. Rental growth has also been picking up, with rents rising on average 2.7%y/y across Great Britain.

Unemployment in the Eurozone continued to edge down at a snail's pace in October, reaching 10.8% from 10.9% in September. On the plus side it's the lowest rate since early 2012. The downside is it remains miles from the 7.2% low reached over seven years ago before the crisis broke. The painfully slow repair of the labour market is reflected in weak inflationary pressures. The core inflation rate, which strips out food and energy prices, is a mere 1%y/y. A further easing of monetary policy to kick life into the recovery is still expected from the European Central Bank in December. 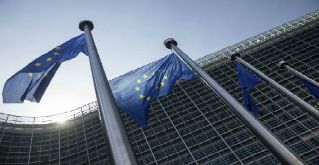 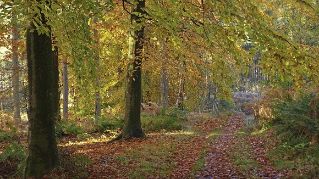