RBS staff attended the signing of the Corporate Covenant yesterday.

Ross McEwan, Chief Executive of RBS signed the voluntary covenant on behalf of the bank at the Ministry of Defence, alongside Mark Lancaster TD MP Parliamentary under Secretary of State and Minister for Defence Personnel, Welfare and Veterans.

Signing the Corporate Covenant recognises the moral obligation that society has to members of the Armed Forces and their families.

Adding the Bank’s name to the signatories RBS, which includes Holt’s Military Banking, NatWest & Royal Bank of Scotland commits to support serving regular and reservist personnel, veterans and military families in a range of ways including:

RBS, which has a long history of working with the Armed Forces Community, has recently established an Armed Forces Employee Led Network. Through this network members are able to provide support to serving colleagues and veterans, their families and managers.

“It’s vital that we do everything we can to better serve and understand the communities we do business in. We have a proud history of working with the Armed Forces and we want to serve them as well as we can as they continue to protect and serve us in the future.”

"Our Armed Forces community makes a tremendous contribution to society, and deserves the very best support. The pledges made today by RBS are exemplary; the company clearly understands the unique banking needs of our personnel and are going the extra mile to provide bespoke financial services for those special requirements. RBS are helping to ensure that our servicemen and women are not disadvantaged as a result of their missions overseas or the nature of service life.” 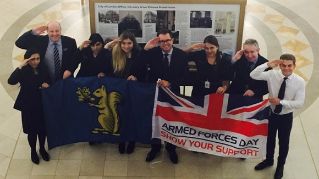 Armed Forces Day on Saturday 27th June is a chance for the public to celebrate the courage, dedication and hard work of our nation’s service personnel, and we’re very proud to be a sponsor. 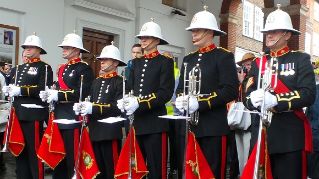 Beyond the day job

Armed Forces Day is Saturday 27 June and NatWest is one of the major sponsors. On the day the country shows support for our Armed Forces we hear from employees who are also military reserves.