Last week RBS CEO Ross McEwan visited Gracemount High School in South Edinburgh to speak to students as a part of the charity Speakers for Schools. 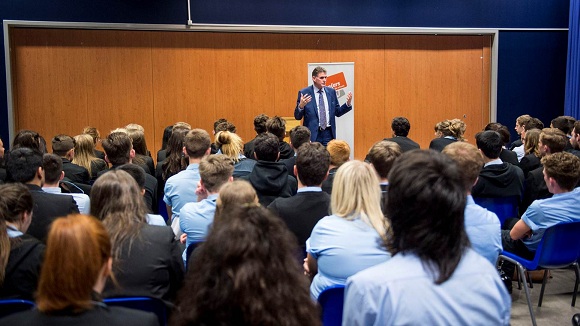 Ross McEwan was visiting the school in his capacity as a speaker with the Speakers for Schools charity.

As part of RBS’s support for ‘Speakers for Schools’, CEO Ross McEwan spoke to 120 students aged 16-18 about his journey in business. Ross spoke to the students about making the most of the skills they can cultivate in school, trying to do what they love and the importance of being resilient. Students from the school were then given the opportunity to ask questions which ranged from the reasons Ross took the role at RBS, to advice for success after school.

Ross was particularly struck by the emphasis the school places on their values and during the visit he spoke to the students about the values at RBS which focus firmly on serving customers well.

Ross McEwan was visiting the school in his capacity as a speaker with the Speakers for Schools charity. The charity, which works with some of the UK’s most influential leaders from business, culture, the arts, sports, science and technology, delivers talks in state secondary schools across the UK, completely free-of-charge. Speakers have a chance to share their unique insights as leading figures and have a direct dialogue with students about important issues that might impact them as they take their next steps in life.  This was Gracemount High School’s first event with the charity.

“It was an absolute pleasure having Ross visit our school and speak to our senior pupils. He was inspirational and I know many of our senior students have taken a lot from today’s event. Ross spoke passionately about leadership, self-efficacy and the importance of having values at an individual and business/school level. As a school we have worked hard on promoting a values-based culture which enables us to not only focus on developing academic ability but also focus on developing character, something we feel is very important.”

“I thoroughly enjoyed speaking to the students at Gracemount and having the opportunity to take their questions about the world beyond school as well as their concerns as they think about their next steps. It is always hugely rewarding to speak to young people and hopefully help them to think about what matters to them and what they might want to do in the future.”

Find out more about Speakers for Schools 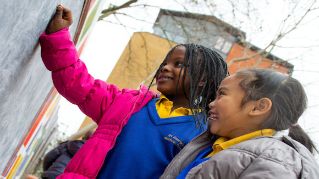 Second round opens for Skills and Opportunities Fund applicants

Following the creation of the new £2.5m Skills & Opportunities Fund in May, which attracted over 1,000 applicants and saw 42 winners secure over £1m in funding in the first round, we are delighted to announce that applications are now open for a second round of funding. 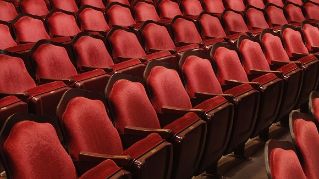