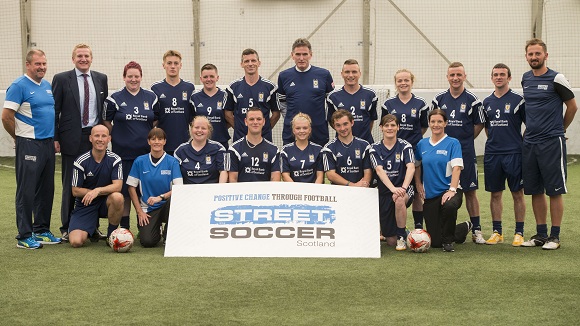 The international tournament is being held in Amsterdam in September.

RBS supports the work delivered across the country by Street Soccer Scotland through staff initiatives in branches and at the head office at Gogarburn.  RBS will appear on the front of the Homeless World Cup squads’ shirts.

The international tournament, which is being held in Amsterdam in September, will see more than seventy teams from all over the world gathering to compete for the annual World Champions’ title.

“RBS is a great supporter of the work we do across Scotland helping socially disadvantaged adults and young people every day.  We use football to help individuals respond to many different challenges including physical and mental health, homelessness, addiction, unemployment and social exclusion.  As well as working hard to try and bring the Homeless World Cup back to Scotland for a third time, we continue to work with those who attend our projects every day.”

“I am delighted that the Royal Bank of Scotland is supporting David Duke and Street Soccer Scotland and I wish both the woman’s and men's teams all the best in the upcoming Homeless World Cup. Having met many of the players I am sure Scotland will do well and are top candidates for winning the cup. The work Street Soccer does in communities across Scotland is fantastic and David and his team should be congratulated for the job they do.”

The men’s team, which is embarking on the challenge of becoming the first country to win the competition three times, are set to face current champions Chile in the opening stages of the international competition.  They won their first title in Denmark in 2007 and the second in France in 2011.

The women’s team will be appearing for the second time and will face tournament hosts the Netherlands in the first round group stage. 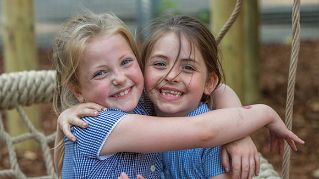 42 winners whittled down from over 1,000 entries will receive grants totalling over £1m from the RBS Skills & Opportunities Fund later this month. The fund seeks to support community and charity initiatives that help people achieve qualifications, get into work or set up their own business, now or in the future.

The untold story of the Huddersfield business team

After filming hours of footage with the NatWest business team, the documentary makers decided to focus on the branch's interaction with personal customers. We hear from the business team on their dealings with customers.