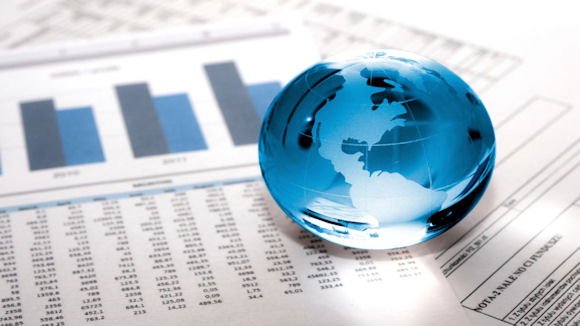 The first Conservative Budget since 1996 was always going to continue on the path to eliminating the budget deficit. But that didn’t stop the radical measures. There was a raising and rebranding of the minimum wage, cuts to taxes and welfare and changes for buy to let landlords. And that’s just for starters. The “low tax, low welfare, high wage” pursuit is on. But to last the race there needs to be a sharp improvement in productivity. So better infrastructure and more training is required.

The Independent Office for Budget Responsibility (OBR) sees little change in the growth outlook since its last forecast back in March. It’s forecasting a healthy GDP growth rate of 2.4% this year (3% in 2014) and a similar pace through to 2020. There are more notable changes on the fiscal side. The date at which the budget deficit is expected to be eliminated has been pushed out a year to 2019/20. It means a ‘less austere’ five years than thought back in March with upward revisions to borrowing. But the overall story remains one of aiming to eliminate the budget deficit, which currently stands at almost 5% of GDP. By 2021 it is forecast to be in surplus to the tune of 0.5% of GDP – which would be the largest in at least 40 years.

Welfare cuts, but higher wages too

The welfare stick. The UK has 1% of the global population, 4% of its GDP and 7% of its welfare spending according to the Chancellor. How will the £12bn in cuts be met? Working age benefits will be frozen for four years, rents in social housing sector reduced by 1% per year and the benefits cap will be reduced to £23k for families inside London and £20k for those outside (currently a uniform £26k). And tax credits and universal credits will be limited to families with two children.

The tax and wage carrots. The tax free personal allowance will be raised to £11,000 next year (currently £10,800 and £6,475 back in 2010). And the 40% tax threshold will kick in at £43k from next year (£42,385 currently). Meanwhile fuel duty will be frozen for this year and inheritance tax will be scrapped for estates under £1 million. Free childcare for 3 and 4 year olds will be doubled to 30 hours from 2017. There will be a new £5,000 tax-free dividend allowance for all taxpayers (replacing the dividend tax credit). The biggest carrot of all was raising the minimum wage by 11% to £7.20 next year and committing to bringing it up to £9 by 2020. It was also rebranded as the national living wage.

Buy-to-let-to-less-tax-relief. Buy-to-let landlords have recently come in for more scrutiny from the Bank of England. The Chancellor is on their case too. Mortgage tax relief will be reduced from 40% and 45% to 20%, phased in over four years from April 2017. But it’s a better deal for those with lodgers. Room rental relief will be raised to £7,500 from £4,250.

Pensions potential. The pension tax annual allowance will be gradually reduced to £10k from £40k from next year for earnings above £150k. However, the Chancellor remains open to more radical reform of pensions. There’s to be a consultation on a ‘pension ISA’, which could see tax free pension pots topped up by the government.

And a tax carrot for business

There was a boost for SMEs with the annual investment allowance level of £200k being made permanent, meaning businesses can deduct the full value of certain items, including equipment and machinery, up to a total of £200k before tax. Meanwhile the Employment Allowance will rise from £2,000 to £3,000, cutting the NI bill for some businesses.

Higher wages and less taxes are helpful, but for them both to last the UK needs to up its productivity game. No improvement in productivity and it will be nigh on impossible to eliminate the budget deficit. A plan on improving productivity will be released on Friday but a few outline details were announced. A new roads fund will be set up, paid for by “every single penny” from vehicle excise duty from 2020. And £30 million of funding for transport for the North of England, including Oyster-style ticketing. 3 million new apprenticeships will be created by 2020, funded by a levy on large employers.