Bank closures, daily withdrawal limits, a referendum and a resignation. It was an eventful week for Greece and another lies ahead. The country remains the current top economic concern but two venerable institutions were last week warning of other risks that lurk both at home and in the global economy. Like Greece, debt plays a big part. 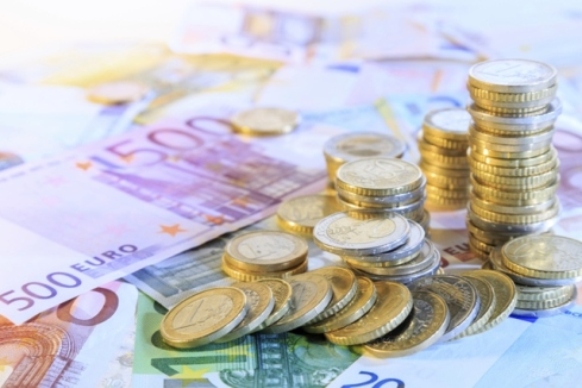 We've all had that moment, when we've knocked the glass, seen it fall slowly to the floor, but remain ignorant to the extent of the damage to come. The context, framing and wisdom of yesterday's vote is already a debate for historians. It's happened. Now we see the consequences. Politics, not economics will decide the eventual outcome for both Greece and the euro. Whatever the direction for both, something has changed irrevocably.

It’s hardly a beach read but the Bank of England’s twice-yearly assessment of risks to the UK's financial system provided plenty to think about. Top concern was the global economy and in particular the deteriorating situations in Greece and China. Household debt is judged to be the UK‘s key economic weakness and the buy-to-let mortgage market also came in for scrutiny. It’s therefore unsurprising that the Bank is seeking more powers over mortgage lending criteria and performing more demanding stress tests of UK financial resilience.

The Bank for International Settlements, dubbed the central bank of central banks, was also talking financial stability last week in its annual assessment of the global economy. It describes global economic growth as unbalanced, too reliant on debt and delivering too little by way of productivity growth. Meanwhile low interest rates leave hardly any room for central banks to move. The remedy? Policy-makers need to focus less on short-term economic tinkering and near-term inflation targets. Instead they should pursue policies that address structural issues by making labour and product markets more flexible, providing an environment conducive to entrepreneurship and getting more people into work.

The UK economy grew by 0.4% in Q1, slightly faster than first thought but slower than the pretty rapid growth in 2014. Notable was the growth of business investment, which went alongside strong growth in companies’ profits. Interesting was the continued growth in the volume of government output: spending might be going down but we’re getting more operations, lessons taught and other public services for our money.

Not coining it in

At 5.8% of GDP the UK current account is close to a record high and has deteriorated over the past year. The problem is that the income the UK earns from investments in businesses abroad has fallen while the inverse (i.e. what foreign businesses earn on their investment in the UK) has risen. To put it another way, the UK isn’t coining it off others as much as others are coining it off the UK.

Business is good according to the latest survey of purchasing managers. In all major economies, the overall PMI indicator showed businesses are growing and in some countries growing well. The UK is a prime example. The services and construction PMIs were around 58, well above the 50 threshold that separates growth from contraction. And even though manufacturing was a mere 51.4, the sector is still growing. In the Eurozone, you would not be able to tell there is a crisis. The overall PMI, which covers manufacturing and services, was 54.2. Business is growing, just not in Greece.

Unemployment in the euro area held steady at 11.1% in May. So inured are we to such dreadful numbers that they have almost lost their capacity to shock. The rate has been 10% or more in 70 of the last 71 months. In not one single month in the same period has UK unemployment reached 10%. Seven euro states have a rate above 10% while eight are below 7%. It’s not just the Greece crisis that causes the euro area existential angst: such varied job market performance illustrates that this is not a natural currency union.

High unemployment reflects weak demand and that’s apparent, too, in still-low inflation. Prices increased by 0.2%y/y in June, down a touch since May. Even with volatile items like energy and food excluded, core inflation was only. 0.8%. Despite the ECB’s quantitative easing bazooka, that’s precisely what core inflation read a year ago. It will take considerable persistence on the part of the central bank to lift the euro area out of “low-flation”.

The way it is

The US unemployment rate fell to 5.3% in June and the economy added 223k jobs. Average hourly earnings were up 2%y/y. It’s all good news and a sign that underneath some disappointing growth figures of late the US economy remains in decent shape. But it’s unlikely to prompt the Federal Reserve into raising rates anytime soon.