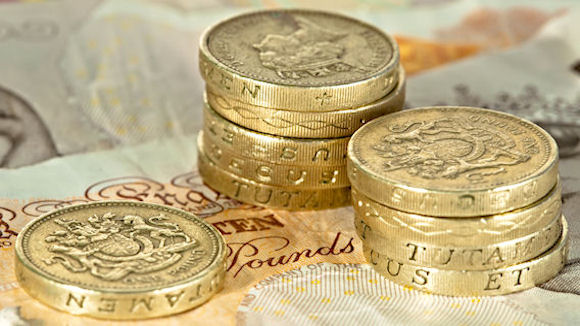 Everyone on the Monetary Policy Committee voted to keep Bank Rate at 0.5% this month, but several sent a strong message that this consensus won’t hold for long. The pick up in pay growth has prompted the MPC to conclude that the labour market is tightening faster than it had expected. Had it not been for events in Greece some members would be voting for rates to rise immediately. But this uncertainty, as well as the worsening outlook in China, was enough to dampen enthusiasm for raising rates. It’s a consensus that may not hold for long.

Britain's love affair with shopping continues apace. The amount we bought in May was up 4.0%y/y. Yet the amount we spent was only 0.9%y/y higher, well below the pace of wage growth. It was falling shop prices - down a whopping 2.9%y/y - that delivered the lion's share of volume growth. For the moment, we're benefiting from "good" deflation, still strongly driven by oil prices, which were still above $100 per barrel last May. It’s these numbers in addition to uncertainty that strengthens the hand of Bank Rate doves for now.

Back to black, slowly

The UK government borrowed £6.1bn less between April and June compared with the same period last year. After one quarter of the financial year it’s too early to tell whether the Office for Budget Responsibility’s borrowing forecasts will be met but the Treasury will welcome the figures. The tax take rose 5.4%y/y in Q2, the fastest growth recorded since 2011. On the other side of the ledger, government spending fell 0.5%y/y. Overall the budget deficit continues slowly to reduce. But on current estimates it will be 2019 before the UK will be in surplus.

Foreign-owned firms comprise just 1% of the 2 million+ non-financial employers in the UK. Yet they account for 28% of GVA (basically extra income generated) and over £1 in every £3 of all UK business turnover. The reason, of course, is foreign-owned firms tend to be large. US-owned firms dominate, accounting for 15% of all the turnover of foreign firms in the UK. And that's a good thing. US firms tend to be heavy investors in innovation, whether that be in products, software, knowledge or simply ways of working. The UK needs a productivity boost. And US firms help pay for it.

A surprising feature of the Greece crisis is the fact it has had so little discernable impact on the wider eurozone economy. At 53.7, the July reading of Purchasing Managers' Index remains close to a four-year high. True, it did slip a little from June, with both the dominant economies of Germany and France slowing. But business output expanded in many other countries and, despite the uncertainty, business managers remain broadly upbeat.

Government debt continues to rise across the EU. In Q1 this year, it hit 88.6% of GDP, up from 86.2% a year earlier. The UK is bang on the EU average. Sitting at the summit is Greece, unsurprisingly. But it has turned a corner of sorts. Since last year its public debt to GDP ratio has actually fallen by 8.3 percentage points on the back of public sector cuts. Were it to repeat this annual fall, it would take 10 years to get Greece's public debt to GDP ratio below where the European average is now. But debt restructuring rather than more austerity will be needed to make this possible.

China’s stockmarket has grabbed the headlines in recent weeks but the economy matters too. The country’s necessary credit retrenchment is continuing. Total outstanding credit grew by 11.5%y/y in June – a post-crisis low. Remember, China’s post-crisis credit deluge matches a number of countries that went on to experience a banking crisis. The long-term health of China’s economy depends on the credit slowdown continuing. But the temptation for the country’s leaders to turn on the credit taps has proved too much in the past.