What the Queen’s speech means for SMEs

What the Queen’s speech means for SMEs

There were few surprises in the Queen’s speech to parliament last week – except, perhaps, in the volume of bills proposed by the new government. Here, we look at the implications for small and medium-sized businesses based in the UK. 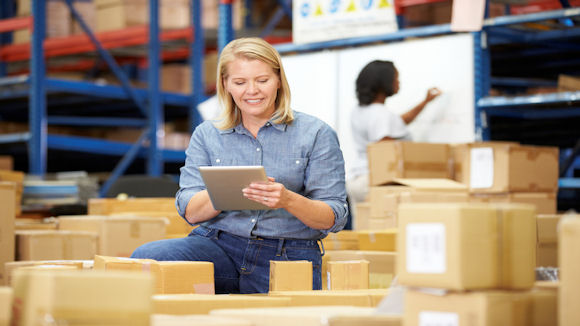 The priority of politicians is to stimulate the local economy and to increase local business funding.

There are four main areas of proposed government action that will have an impact on small and growing businesses in the UK. While government action rarely reduces bureaucracy, the proposed Enterprise Bill (coming on the heels of one earlier this year) will seek to do just that. Meanwhile, changes to tax legislation will impact both sides of the balance sheet and Britain’s place in Europe will be the subject of a referendum.

The Coalition Government made much of its Red Tape Challenge and this ambition to ease the burdens on SMEs has carried into the new government’s agenda. The Enterprise Bill aims to support small businesses by cutting red tape and reducing regulatory costs, which represent higher fixed costs for SMEs. One of the most important announcements was a Small Business Conciliation Service aimed at resolving business-to-business disputes, notably around late payment. The government claims this would save small suppliers a collective £10bn a year.

Jonathan Riley, Head of Tax, Grant Thornton, would like to see a slight shift in focus: “The Coali-tion Government did a lot to reduce regulation for the smallest firms, but mid-sized businesses are reporting regulation as an increasing challenge.”

He adds that the government is right to look at the role of regulators. “We are increasingly hearing from clients that it is the inconsistent or over-zealous application of regulations – rather than the regulations themselves – that get in the way of growth.”

Combatting late payments will be welcomed by the many small businesses that have suffered a cash-flow crisis because of an invoice dispute. The move means finance teams should spend less time chasing money and more time on areas such as forecasting, strategy and risk management.

There were also plenty of proposals around tax, affecting both the supply and demand sides of businesses’ balance sheets. The National Insurance Contributions Bill (Finance Bill) delivers the so-called “triple lock” proposed by the Conservatives. It promises not to raise VAT, NI contribution rates, or income tax rates for the life of the parliament, while the personal allowance will rise to £12,500 by 2020. This will undoubtedly help stimulate consumption (and potentially help to tackle deflation) across the economy, as consumers enjoy higher disposable income. It will also mean smaller businesses won’t have to absorb the impact of higher VAT rates.

Despite the rhetoric, with its commitment to deficit reduction it is unclear how much stimulus will be injected. As James Hender, partner and head of private wealth, at accountants Saffery Champ-ness, explains: “It is worth keeping in mind that many levers remain which can be pulled by the Chancellor to adjust tax levels, particularly around thresholds and timing. With the triple tax lock in place, it will be interesting to see how ingenious and creative he needs to be to meet that commit-ment and raise more money.”

After the Queen’s speech, Prime Minister David Cameron said: “As part of our long-term plan to back working people and make work pay, the government is determined to reward work by letting people keep even more of the money they earn.”

Further support for workers comes in the form of the Childcare Bill. This aims to give working families 30 hours a week of free childcare for three and four-year-olds for 38 weeks a year. Small businesses, which often struggle to replace key members of staff, will undoubtedly welcome this proposal.

The EU Referendum Bill legislates for a referendum before the end of 2017. While large business-es will undoubtedly take a big part in the forthcoming debate on Europe, medium-sized businesses are also encouraged to set out their arguments.

Paul Etherington, Partner, at Grant Thornton says: “An EU Referendum creates further uncertainty for business, but at least this Bill starts to provide clarity on the timetable and process. It’s im-portant that the views of mid-sized businesses are heard in this debate. The media often reports what small firms and big business thinks, but neglects the views of those in the mid-market.”

For the IoD director general, Simon Walker, it’s time to get on with it. “Now that the referendum has been confirmed, the important thing is that we get on with negotiating reform. The status quo is not an option. Business wants reform in the way the EU works to give individual governments more control in managing labour markets and economies.”

Quite how small and medium-sized businesses can add to this debate remains to be seen, but there are potentially major risks and issues for those relying on a small number of business customers in the EU or firms dependent on highly-skilled, non-British workers.

Migration restrictions will be welcomed by many, but they place pressures on businesses needing to draw on global talent. As Walker explains, “We understand the government must respond to public concerns on immigration, and responsible businesses have no objections to crackdowns on employers who break the rules. But proposals to charge employers who employ migrants an addi-tional levy will add further costs on top of visa fees.”

The changing balance of power across the UK and the pressure for devolution was covered in three bills: the Cities and Local Government Devolution Bill, the Scotland Bill and the Wales Bill.
The first gives the central government the right to impose mayors on cities. These mayors would enjoy powers over transport and regeneration. The idea of greater local democracy sounds appealing, but some are warning it will lead to greater local bureaucracy.

This is the concern of Philip Duffy, Managing Director of corporate finance advisors Duff & Phelps, “I am all for greater powers but not for greater democracy devolving to the regions. The latter sounds great in theory but what it often means is increased power for second-rate politicians and an expensive local democratic process.”

On a national level, The Scotland Bill carries out the recommendations of the Smith Commission, enabling the Scottish parliament to alter rates of income tax, and giving it greater control over VAT. The Wales Bill gives the Welsh Assembly further powers, including over ports and energy developments.

The priority of politicians is to stimulate the local economy and to increase local business funding and telling seed-to-sapling growth stories.  For Walker, this represents the biggest economic opportunity. “Business leaders across the country stand ready to work with local authorities and mayors to take greater control of decision-making in areas including transport and planning in order to promote growth and employment.”