What impact do general elections have on short term growth?

What impact do general elections have on short term growth?

The UK general election has been highlighted increasingly frequently as a significant risk to short term growth and to business activity. History suggests otherwise. 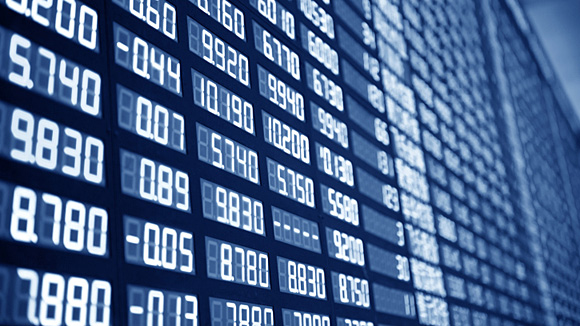 Most elections have not derailed growth

How big and how serious are the risks to the UK economy this year from the general election? If history is any guide, much (but not all) of the media hype is overblown. Since the introduction of universal suffrage in 1928, on average the UK economy has been larger one year after a general election than at the time of the ballot. In the election quarter itself, there have only been two occasions where the economy has contracted, both in 1974. The UK economy is typically 2% bigger one year after an election.

What’s responsible for this?

The backbone of this resilience has been the UK consumer. There have been five elections since 1955 after which investment was lower one year after. But there have only been three in which consumer spending was lower. In two of these (1979 and 2010) consumer spending growth before went into decline after. The housing market has also largely been robust to elections. House prices have only been lower in the wake of two elections one of which (1992) was the continuation of a trend that had taken hold over a year beforehand. There has been some media coverage that house price growth is stronger in the wake of an election than in the year before. However, we find that this result is not statistically significant and so should be treated with caution.

Are any sectors more at risk than others?

Recent history suggests that three sectors of the economy may be more at risk of a slowdown than others: agriculture, utility, and construction. The latter in particular has been volatile in and around an election, with house building, industrial construction and commercial construction all seeing falls in orders in election quarters in 50%-60% of elections since 1964. All other sectors of the economy have shown resilience to the “election effect”. In particular, this includes the majority of service sectors as well as manufacturing.

What about financial markets?

For the financial markets, volatility is a fact of life and a general election is no exception. Unsurprisingly, there is more volatility in financial markets before and after than in the real economy. Again, this can be taken as a sign of businesses keeping calm and carrying on. Since 1964, sterling has fallen in the month prior to the election in 7 out of 19 elections. The largest three depreciations were 3% in 1979, 2.1% in 1997 and 1% in 1987. In all three cases, sterling rebounded higher in the month following the election.

Stock markets have also been quite volatile, with 50% of elections since 1929 seeing falls both in the quarter that the election was held and in the month that the election was held. However, it is in only 5 out of the 21 elections since universal suffrage was adopted that a rising stock market became a falling one (1951, 1955, 1966, 1979 & 1987) and in all of these cases, the election quarter was not the peak in the market, suggesting that other factors were at play.

As with every rule, there are two exceptions. The first was the election in May October 1979, upon which a growing economy turned into a shrinking economy. What made this episode unique was that the government immediately embarked on an aggressive simultaneous monetary and fiscal tightening. The purpose was to reign in the high inflation rates of the previous decade. In other words, there was a deliberate policy to deflate the economy at a time before the Bank of England gained operational independence. Given current circumstances, this policy combination now is implausible.

The 1974 precedent, at least in terms of short term growth, is not a good one. First, the economy was already in a protracted recession, with high inflation and rising unemployment. Second, the economy now is far less sensitive to a spike in the price of oil (which also is not in the sphere of influence of the election). Third, trade union membership is now smaller than it was and the frequency and scale of strike action is, as a result, far less. Fourth, as with 1979, the Bank of England was not an independent interest rate setting body. While politically the parallels of a hung Parliament might offer some precedent, in economic terms the two 1974 elections are not useful for comparison.

Keep calm and carry on

The main message for businesses is a quintessentially British one: keep calm and carry on. Likely as not, economic conditions in the year following the election will be similar to those going in. That is to say that the economy will continue to grow in 2015, off the back of consumer spending and that house prices and investment will also continue to grow, as they have over the last year. They may grow by slightly more or less, but the historical experience strongly suggests that the differences will unlikely be material. While some sectors of the economy are at slightly more risk than others, even there, growth is more often the rule rather than the exception. Consumer facing service sectors appear to be especially robust to any “election effect”, while the domestic private construction sector has historically been the one most exposed to the electoral cycle. For the financial markets, volatility is a fact of life and a general election is no exception. What appears to be the case is that no prior election has represented a peak in the stock market and that in the short term, most sterling depreciations, where they occur are reversed. Either way, more often than not non-financial business keeps on going.