Economics Weekly - All or nothing

Economics Weekly - All or nothing

UK job creation continued in the three months to February with almost a quarter of a million more people in work. A second month of zero inflation also supported a respectable rise in price-adjusted pay. Yet weak price growth across most of the advanced economies is mainly due to lower oil prices and the cause of that is partly weak global demand. Hardly encouraging. 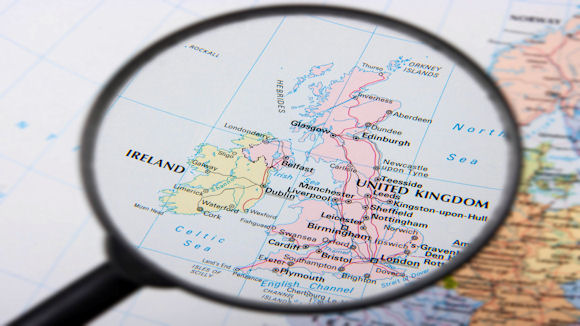 The UK economy’s metamorphosis into a jobs machine continued in the three months to February. The employment rate – the proportion of those aged 16-64 working – hit a record high of 73.4%, while unemployment fell to 5.6%. A decent sign of business and labour market strength is that employers want to hire. The number of full time employees rose by 191k over the quarter. Equally welcome was the fall in both youth and long-term unemployment.

Average pay grew by 1.7%y/y in the three months to February. As inflation was zero, real pay rose by 1.7%, too. The good news is that’s the fastest rise since March 2008. The not-so-good is annual pay growth is still below the 2.6% annual rise workers typically received prior to the 2008 recession.

According to official measures, UK house price growth slowed to 7.2%y/y in February, from 8.4%y/y in January. London lost its top spot in the price growth league table, usurped by both Northern Ireland and the East of England. Informally combining the range of indices suggests prices are currently rising by 5%-6% annually. The official measure also provides a glimpse at who’s buying. Not surprisingly it seems to be better off, more secure families and wealthy executives, who are making up a shade under 50% of home buyers in the UK.

It's a wait-and-see period at the European Central Bank (ECB) as the Governing Council made no change to its main interest rate of 0.05%. Two other key rates, the marginal lending facility and the deposit rate, were also untouched at -0.2% and 0.3%.

The Bank is no doubt slowly digesting the impact of its €60 billion-a-month bond-buying QE programme and whether the region's short period of deflation is ending. So far, so sober. Cue the sudden interruption by a protester leaping onto a table in front of ECB President Mario Draghi shouting "end ECB dictatorship". It's a choice the Greek Government may soon have to make.

Price growth is near zero across most, but not all, of the advanced world. UK annual “inflation” remained at 0% in March. While in both the US and the eurozone consumer prices fell 0.1%y/y. For the eurozone this represents an increase from the 0.3% decline in February.

And for all three economies the main driver is energy prices. But strip this out and the stories diverge a little. So called “core inflation”, which excludes volatile items including energy, was just 0.6%y/y in March in the eurozone and 1% in the UK, yet at 1.8% in the US it’s much closer to the Fed’s 2% target.

US consumers used to respond to lower gasoline prices by spending more, sometimes much more, elsewhere. But that's less apparent now. Although US retail sales rose by a highly respectable 0.9% in the month to March, it perhaps should have been more given there was some catch up after the winter snows. To emphasise the point, over the year to March 2015, retail sales grew by a modest 1.3%. Like the recent jobs numbers, indicators are pointing to a steady but lacklustre first quarter performance for the US economy.

China announced that its economy grew by 7%y/y in Q1, down from 7.3% in Q4 2014, suggesting the economy is 'landing softly' despite the cross-winds of economic reform and banking sector problems. But this bump-free flight doesn't square with other data. Rail freight volumes are declining by almost 10%y/y. That's happened just once in the past 30 years following the Asian financial crisis in 1998. Also, imports of chemicals, transport equipment and machinery are either declining or barely growing. Fasten your seat belts please, there may be some turbulence ahead.

Given its dramatic impact on inflation, what did cause the oil price to fall? That’s the question posed by the IMF in its latest World Economic Outlook (WEO). The answer, unsurprisingly, is a mixture of falling demand and rising supply. But falling demand (read, weaker growth) is more important than most people think. Sure greater supply from US shale fields, amongst others, also played a big role, but about half the fall can be attributed to slowing world demand. Unfortunately for oil producers the IMF isn’t forecasting a turnaround in global growth anytime soon.