Nothing was big news last week. Or at least zero was. In both the US and the UK consumer prices were unchanged on the previous year. Temporary deflation beckons, but signs are it will be of the “good” variety. UK retail sales surged and Eurozone business indicators hit a four year high. Hardly the stuff of trouble. 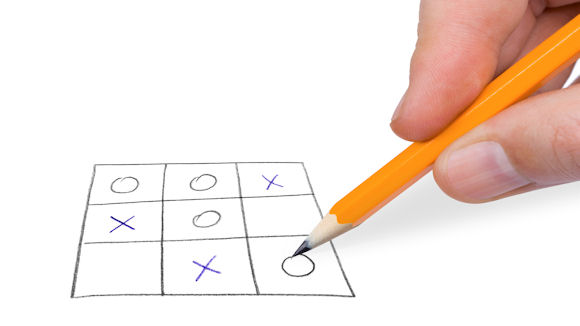 UK inflation fell to zero in February. 'Low-flation' reflects either increased productivity (which is good) or weak demand (which is not). The UK is probably experiencing a mixture of the two. A result of increased productive capacity from China coupled with relatively subdued global demand. Along with the stronger pound, that would explain why the UK's inflation rate for goods, which tend to rely on global prices, is -2%y/y, while it's 2.3%y/y for services, which often reflect domestic conditions.

Monetary Policy Committee member Ben Broadbent gave a widely publicised speech arguing against concerns about deflation. As long as incomes are rising and rates stay low, the incentive to postpone purchases and save will remain subdued and the dreaded “debt deflation”, where our incomes fall relative to our debts will not materialise. So unlike his fellow MPC member Andy Haldane, Broadbent played down the prospect of further rate cuts. At the same time Bank of England Governor Mark Carney was doing the same, so signs are not pointing to lower rates any time soon.

Prices in the US were unchanged y/y in February. In fact, dig deep into the decimal places and you'll find that the US technically experienced deflation. A 19% fall in energy prices was offset by increases in the rest of the consumer's shopping basket. Excluding volatile items like petrol and food, core inflation was a more respectable 1.7%. It's because core inflation is closer to its target that the Fed seems set to raise rates later in the year. But they won't move hastily.

The good, the bad and the ugly

Business across the Eurozone reported the strongest rise in activity in nearly four years in March, according to the Purchasing Managers Index (PMI). That's good and joins a growing list of indications of a lift of fortunes for the region's economy. Yet to achieve this required the PMI to reach the modest score of 54.1 (50 separates contraction from expansion).

That's hardly great. By comparison, the UK's was 56.7 in February. Lastly, the difference between business activity in France and Germany widened in May. The two main pillars of integration are moving further apart, leaving an ugly gap in economic performance and job opportunities.

Britain's shoppers dipped into their wallets and purses in February. The quantity of retail sales rose 5.7% y/y. But the amount they spent rose just 2.2%y/y. The reason? Average store prices were down 3.6% y/y, the eighth month in a row they had declined. While much of that fall was down to a 16% drop in petrol prices, across the rest of retailing only textile, clothing and footwear stores saw prices rise. Even modest wage rises go a long way when retailers discount like this.

The UK housing market got some better news from the British Bankers Association in the form of increased mortgage approvals, now at 37k. This likely reflects the prospective changes to stamp duty as it does any fundamentally based pick-up in activity. UK house price growth slowed to 5.1% y/y in March according to the Nationwide.  But this is a continuing deceleration rather than the market slamming on the brakes.

Whenever one does an economic comparison across the UK's regions, London invariably comes out on top of the charts. So it is interesting to see one important measure on which the capital repeatedly comes at the bottom. Well-being. Whether measured on life satisfaction, happiness, feeling safe after dark or even getting into financial difficulty, London consistently performed worse than its peers. And despite having the highest average earnings, the highest average wealth is to be found in the South East. London only comes in fourth out of 11 UK regions.

While there was optimism in the Eurozone's PMIs, there was another bout of pessimism from China. The manufacturing PMI fell to 49.2, the lowest reading in 11 months. It's all the more worrying given that the US and the Eurozone are recording solid growth and mounting a recovery respectively. These developments should provide China's export-oriented manufacturing sector with a bit of a boost.

But instead the employment component of the manufacturing PMI fell to its lowest level since the financial crisis. It's another sign that China's domestic economy is struggling under the weight of high debt and a property sector slowdown.