As the Bank of England’s Bank Rate celebrates its sixth birthday at 0.5%, the European Central Bank blasted its new government bond buying programme today in a bid to fire up economic growth and inflation. A welcome omen is that the Eurozone’s economy grew by 0.3% in Q4 2014. 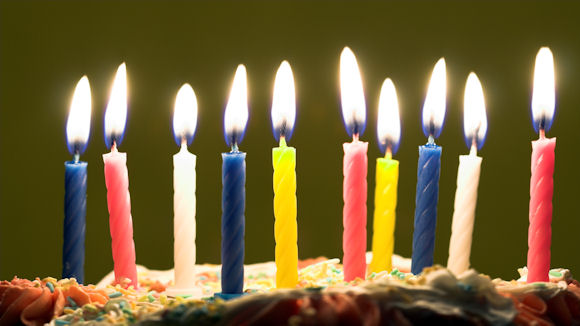 Six years ago the Bank of England cut its base interest rate to half a percent. A lot has changed since the spring of 2009, but UK base rate has remained at its historic low.

Whether an attempt at appeasement or an act of rakish irony, the meeting of the European Central Bank's (ECB) policy-setters occurred in the Cyprian capital Nicosia. In this ancient city the committee decided to keep its key policies unchanged. The main refinancing rate remained at 0.3% the ECB announced the addition of sovereign debt to its growing basket of assets (QE).

While welcome, neither QE nor more traditional monetary policy will alone resolve distinct differences between the regions' member states. Nor can they 'fix' the politics. But they do buy time, which seems at last to be working, with the region's economy is performing much better than was hoped even a few months ago.

The second estimate of Eurozone GDP in Q4 2014 confirmed the economy grew by 0.3%q/q. Although the figure was below the UK's 0.5%q/q, it was an improvement on the previous quarter. Growth was broad-based with help coming from home and abroad.

Household consumption and investment grew 0.4%q/q while net trade contributed strongly on the back of a robust performance from the export sector. Germany and Spain grew the fastest and with France's data so far this year looking a bit rosier, it may be ready at long last to chip in to the Eurozone's recovery.

February's flash CPI inflation measure for the Eurozone showed deflation easing to -0.3%y/y, a slower pace of decline than January's 0.6% fall. Exclude energy and prices rose by 0.6% in the year to February. Also encouraging was the slow but seemingly inexorable fall in the Eurozone unemployment rate. It reached 11.2% in January, down from 11.8% a year previously.

However, nothing illustrates the gulf between Germany and Greece better than the painful disparity in the number unemployed. Whereas over a quarter of Greece’s labour force is unemployed, just 4.7% are in Germany.

Six years ago the Bank of England cut its base interest rate to half a percent. A lot has changed since the spring of 2009, none of today's committee members were voting six years ago. But UK base rate has remained at its historic low and March's MPC meeting decided it would stay there for another month.

No one knows for sure when that will change, but markets have recently become less pessimistic about the UK economy and are pointing to a hike in around a year's time. But with prices falling across the Eurozone and lots of other central banks cutting their rates nothing is certain.

Another set of data, another confirmation of slower growth in the UK's housing market. Mortgage approvals did pick up in January, likely as a result of the Autumn Statement announcement, but the latest figures from Nationwide show house price growth slowing again, to 5.7%y/y in February.

While mortgage lending continues to tick over, the world of consumer credit is more action-packed, with lending growing by 6.7%y/y. And in another twist, the average market rate on a £10K personal loan is 4.8%, just a shade above the 4.6% charged, on average, for an SVR mortgage.

The US labour market added 295k jobs over the month, continuing the run of very strong job creation. Restaurants and bars added the most, but there were plenty of high-skilled new jobs with professional & business services adding 51k on the month. At 5.5%, the US unemployment rate is at its lowest since May 2008. But just like the UK the tightening labour market is not yet putting the wind up wages.

Hourly earnings rose just 2%y/y in February, a pace that has essentially remained unchanged over the past 2 years. The US Federal Reserve continues to get the best of worlds - a rapidly healing labour market with little sign of building inflationary pressure.

The rates of interest paid on government debt have fallen precipitously since last summer and for many countries this has invoked uncomfortable parallels with Japan. But in recent weeks some may have turned a corner. US 10 year bond yields reach a low of 1.6% at the end of January, but after yet more good news from the labour market it closed out last week above 2.2%. The UK has followed, rebounding from its own low of 1.3% to above 1.9%.

Even yields on German debt rose fractionally, though at just 0.4% they are clearly extraordinarily low. For the most part it means that investors are expecting central banks to raise interest rates slightly sooner than once thought. That normalisation would be a good sign, but policymakers will need to see a lot more growth before putting rates back anywhere near to normal.