What’s the difference between top flight football and top flight politics? In football everyone is trying to get into Europe. A change of management in Greece was followed by a surprise move by the European Central Bank to no longer accept Greek bonds as collateral. Talk is again turning to the possibility of a Greek exit from the Eurozone. 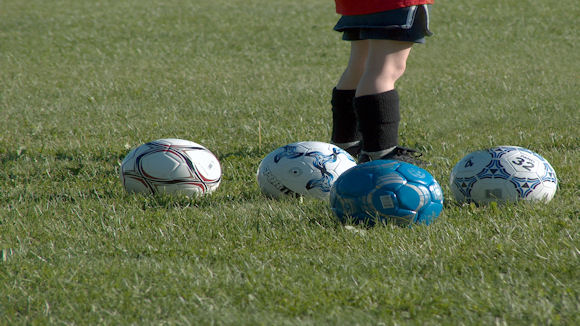 Finance Minister Yanis Varoufakis has had a tough first couple of weeks in office. His European road show to visit investors and governments ended with him not even agreeing to disagree with Germany’s Wolfgang Schaeuble. The ECB announced it was no longer accepting Greek bonds as collateral, making it harder for Greek banks to get funding.

Greece’s growth prospects are not strong enough for the country to be able to pay off its government debts without restructuring. And there was no agreement on this front. The country needs either a bailout extension or a bridging loan. But with recent tough treatment, talk of exit from the Eurozone has begun again.

For a single-sentence description of the current Eurozone economic situation, it's hard to improve on the words of Markit Economics, providers of most of the world's PMI data. To wit: "January sees faster declines in sales in France and Italy [while] Germany bucks general downturn, recording growth for fourth straight month".

The Bank of England kept interest rates at 0.5% last week meaning that we've been at this record low for 5 years and 11 months. But no change doesn't imply stability. With the ECB launching quantitative easing and countries as diverse as China, Canada and Denmark all cutting interest rates there has been plenty of news to keep the markets on their toes. The Monetary Policy Committee will get a chance to make its latest views heard in the inflation report this week.

UK businesses reported a solid start to 2015, according to the Purchasing Managers' Index. A hat-trick, business owners in each of the sectors, construction, manufacturing and services, reported activity edging higher in January. The service sector in particular started the year with a bang. It's a good performance, but nothing that should shift forward market expectations on the first rise in Bank Rate.

The UK's export sector passed a few landmarks in 2014 - just not the ones they would have wanted. Exports were down in goods, oil and for the first time since 1958, services. The ONS attributed this fall to a decline in insurance and pension service exports. And on top of this, the UK's trade deficit deteriorated from £34bn to £35bn, the widest since 2010. The nation continues to struggle to rebalance. Let's hope 2015 brings better news.

The UK's general election is three months away, so it’s a good time to take a look at the public finances. The Institute for Fiscal Studies’ Green Budget estimates that the Coalition's Autumn Statement will mean a further 900,000 public sector job losses. But all three parties could cut jobs and spending by less. 900,000 becomes 550,000 under the Conservatives' fiscal rules, whilst Labour and the Liberal Democrats' plans imply 300,000 fewer public sector jobs.

Steady as she goes

The US continued to grow in January, according to the Institute of Supply Management. Service sector activity accelerated slightly, the index rising by 0.2 to 56.7 on the back of mildly stronger new orders growth. Manufacturing is more exposed to the global economy than services and falling exports were one reason it grew more slowly, the index falling by 1.6 to 53.5. Such faint inflationary forces as there were weakened further in both sectors.

The dollar in the average American’s pocket went a little bit further in December as consumer prices fell 0.2%m/m. Cheaper gasoline was the main reason with energy costs down a chunky 5.2%m/m. They’ve fallen by 13% since mid-2014. But there’s more to weak inflation than the price at the pump. Excluding energy costs, prices were flat m/m. So the US still has the capacity to grow without causing the Fed to reach for the rate hike button just yet.

The US economy kicked off the year as it ended the last one - creating plenty of jobs. 257,000 were created in January and over 1 million in the past three months, something the country hasn't done since way back in 1997. Wage growth rose from 1.9%y/y to 2.2%y/y, which may be the highest rate in over a year but it's still low on a historical basis. But with falling gasoline prices those wage gains will help the country’s households that little bit more.