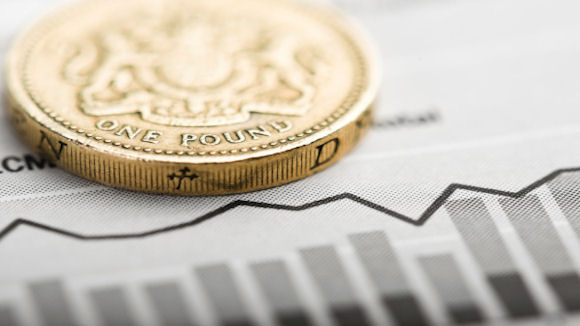 Most forecasters expect the US to be the first major economy to raise rates. That view has strengthened in recent months as central banks across the rest of the world have been cutting rates and loosening policy. But we are all going to have to wait. “Patient” is the word the US Federal Reserve used to describe its approach to raising rates.

The statement that accompanied last week's FOMC meeting showed more weight being put on developments outside the US. That includes everything from the Eurozone's battle against deflation to China's slowing economy. In that context and with a strengthening dollar, which pushes down import prices, the Fed is happy to wait and see.

US GDP grew by 2.6% on an annualised basis in Q4. It's less than the 3% that was expected and the 5% recorded in the previous quarter. But there was better news underneath. And it came from the consumer. Personal consumption rose 2.8%y/y and made its strongest contribution to growth since 2006. Net exports dragged GDP growth down but this was less about exports being poor and more about rising imports on the back of strong consumer spending. Overall the economy grew 2.5%y/y in Q4, almost identical to the UK's 2.6%.

Underlining the GDP figure was a strong reading in a key survey of consumer sentiment, which rose to its highest level in 11 years in January. With 2014 being the strongest year of job creation since 1999 and a 'gallon of gas' having almost halved since June there are plenty of reasons why US consumers are feeling upbeat.

US house prices fell by 0.1%m/m in November, the third successive monthly drop. Annual inflation, which had been over 10% at the start of the year, slowed to 4.7%. That’s despite the supply of houses on the market slipping to its lowest level since 2005, rising sales of existing homes, mortgage rates close to record lows and a growing economy. These forces should see house price inflation accelerate again in the next few months.

Britain’s economy matched its long-run average in 2014, growing by 2.6%. Comparing Q4 2014 with a year earlier, output was 2.7% higher. However, the pace of expansion slowed in Q4. Services continued to grow at a decent rate but construction contracted while manufacturing just about broke even. It’s too soon to sound any alarms but in November the Bank of England had expected output in Q4 to be more than 3% higher than a year earlier. That rate rise is slipping further into the distance.

Light at the end?

There is no question that the UK housing market is slowing down. According to Nationwide, average prices grew 6.8%y/y in January, the slowest rate in over a year. And a 17%y/y fall in mortgage approvals suggests that there is more to come. But there is an indication that the current deceleration may end in the third quarter of this year. The much-watched survey produced by the RICS is showing that expectations for future house price growth, which had been falling since February, have started to rise again.

The mortgage market may be slowing, but the credit card and personal lending markets are going from strength to strength. With lending up 5.2%y/y and 7.6%y/y respectively, it would appear that households are continuing to return to borrowing as a means to finance their spending.

And with personal loan rates now as low as the rate on an SVR mortgage, is it any surprise? But lest we get too excited, there is still a long way to go before UK households as a whole return to the heady heights of 2007. Unsecured debt was 22% of incomes pre-crisis. It’s 14% now.

Ain't no stopping us now

Eurozone prices fell by 0.6%y/y in January, far steeper than December's 0.2% drop. With energy prices down 8.9%y/y, the decline in oil prices is now flowing through steadily into consumer prices. An annual 0.6% decline has happened before, in July 2009. Yet back then prices were rising again well before Christmas. There's a sense of something much more entrenched about falling prices this time, despite the European Central Bank’s efforts on quantitative easing. More positively, the region's unemployment rate fell to 11.4% in December, down from 11.5% in November. Not much granted, but welcome nonetheless. 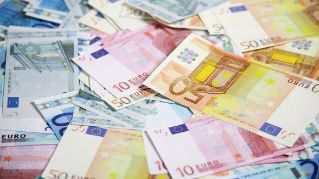 A global “Who’s Who” descended on Davos this week for the World Economic Forum, but all the attention was on the ECB in Frankfurt. After all the waiting, Quantitative Easing arrived in the Eurozone. And across the Channel, the UK’s Monetary Policy Committee took two steps away from raising rates. European easing continues. 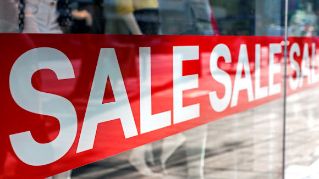