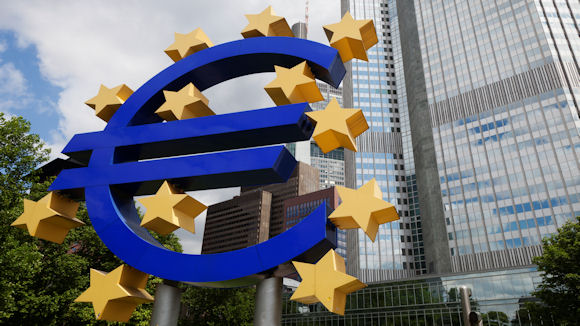 Quantitative Easing is the ECB’s most powerful weapon, but it cannot save Europe on its own.

What if quantitative easing never ends? The European Central Bank is likely to announce a new asset purchase programme on January 22. Investors are excited, and eurozone government bonds are trading at record-low yields. But the markets’ euphoria is misplaced: QE is the ECB’s most powerful weapon, but it cannot save Europe on its own. Without government support on fiscal stimulus and reforms, QE may end up only boosting financial asset prices, or even creating a self-defeating trap.

QE has worked well in the US, by lowering refinancing costs for firms, boosting confidence and spending, and keeping the dollar cheap. But Europe’s financial system structure is different and only one of these transmission channels will work.

Lower government bond yields will not benefit Europe’s smaller companies, which create more than 80 per cent of new jobs. While such firms can borrow via capital markets in the US, in Europe they rely mostly on banks for credit. European banks, though, are still weak; 10 per cent failed the ECB stress test in October and another 24 per cent passed by a narrow margin. This suggests about a third of banks are not in good shape to restart lending.

As for the wealth effect, QE works. The problem is it benefits the wealthiest households that hold most financial assets, but are also less willing to spend the marginal gains. An ECB working paper from March 2014 estimates the top 10 per cent of the population is three times less likely to spend following a gain in wealth than the bottom 50 per cent. After six years of rising unemployment and declining wages, it is unlikely that QE will push Europeans to go on a spending spree.

The transmission channel that will work is currency: a weaker euro will probably give an export boost to European firms. Yet this is a temporary effect, and could fade if other central banks decide to be more dovish.

There is one additional risk. Government spending in the eurozone is a lot lower than when the US and the UK started their QE programmes. If the ECB stands as the only institution fighting against the crisis, then QE may be perceived as ineffective, like a liquidity injection that buys time but does not work in the real economy. This may create expectations of even more stimulus, of a QE-after-QE cycle similar to Japan.

In this scenario, consumers and corporates may delay spending and investment. This is already happening. Consumption is falling, banks have reduced their corporate loan books by €600bn since the crisis, and corporates are hoarding cash, now at 10 per cent of balance sheets in the periphery. Recent research by S.P. Kothari, Jonathan Lewellen and Jerold Warner (2014) shows interest rate cuts had little impact on US investment between 1952-2010: corporates tend to invest pro-cyclically, when growth picks up and interest rates rise.

Without a commitment from governments to stimulate growth, the danger is that QE will encourage risk-taking in financial markets rather than long-term economic investment. The ECB is aware of these risks and has repeatedly stressed the importance of support to monetary stimulus. But not all EU governments are willing to act.

First, the EU must do more than envisaged under the European Commission’s proposed investment plan, which lacks size and transparency and is only deemed credible by 4 per cent of investors polled by RBS.

Second, core governments must do more to spur investment and inflation. Germany is vulnerable too: inflation was 0.1 per cent year on year in December.

Third, national regulators should simplify and harmonise rules around bank lending, including issuance and guarantees of simple securitisations. This could make QE more effective, with the ECB shifting investors out of sovereign bonds into bonds backed by SME loans.

Fourth, the official sector must deal with Greek debt restructuring in a constructive way, as previously suggested by Eurogroup president Jeroen Dijsselbloem. The view that a potential exit would be isolated “this time around” is wishful thinking. Political contagion risk is as high as ever with elections this year in France, Spain, the UK and Portugal.

The article first appeared in the Financial Times on 7 January 2015.