RBS Head of Economics Stephen Boyle looks ahead to what 2015 might have in store for the UK economy. 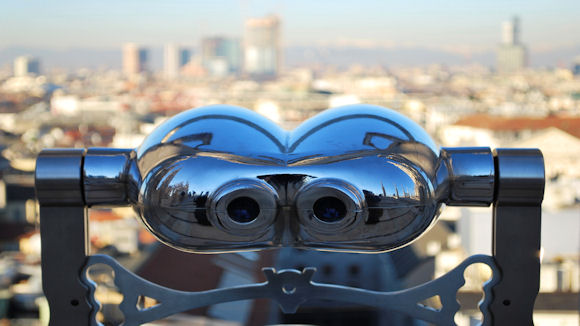 The next year should be good for growth. That’s welcome but trifling in the face of the greater opportunity. Will we grasp it?

Britain’s economy will continue growing in 2015. Incomes will rise and many more people will find work. Inflation will stay low and Bank Rate will likely remain at 0.5% throughout the year.

These of course are all guesses and the crystal ball conjuring these is as opaque as any other. What is clear is that the risks to another year of strong economic performance are tilted to the downside.

While the crisis and recession recede in the memory, there are three big risks we face reflecting our collective failure to deal with a root cause of the problems of 2008-09: debt.

By far the greatest threat to the UK is the euro area. That it has largely been quiet on that front for two years reflects the European Central Bank’s success in convincing bond holders that it would do what it takes to preserve the euro. So successful has the policy been that the government of Spain can borrow money for ten years at 1.9%, less than the US.

While the ECB has kept the euro area’s problems at bay, it has not solved them. They are a combination of highly-indebted governments, still-weak banks and low productivity economies and they need a three-part solution. First, a fiscal and political union in which all countries guarantee the debts of others. Second, a banking union that stabilises the financial system. Finally, economic reform that boosts productivity.

Europe’s leaders have only taken baby steps on this journey. With a fair wind, completing the job will take a decade. During that time, much of the euro area will be hobbled by austerity, constraining demand for UK exports. For us, that is the benign outcome. The adverse result is that while it heals, shocks push the euro area into financial crises and recessions, from which the UK cannot be immune.

Will we get through 2015 without another euro episode? Recent developments in Greece are hardly grounds for optimism. And the Russia-Ukraine conflict matters to the UK mainly because of its effects on core Europe.

China is the second risk. Much of its growth since the 1980s has been built on investment. Its capital stock is now so large that it needs a rise in domestic consumption not seen anywhere at any time fully to utilise it. If the capital will not all be used, it cannot generate the income its owners expected.

This matters not least because much of the investment was funded by China’s banks. They need more capital to shoulder the losses that are coming. What’s more, I cannot find a country in which private credit has grown as fast as in China and not had a financial crisis.

China could be different. The state has the capacity to recapitalise the banks. That would probably mean a slowdown in credit and economic growth. Again, this would be the benign outcome for the UK. While growth would slow, the impact on us would be modest.

More worrying would be a stumble into bank failures and a financial crisis, with the resulting sharp slowdown in China materially affecting the UK, most likely through the impact on the EU. With UK banks’ exposure to China is up 300 per cent since 2008, weakness in China could be transmitted through the financial sector.

The final risk is domestic. An indecisive general election outcome could prompt concerns about the ability and willingness of the UK to tackle a debt and deficit that remain very high by peacetime standards.

Beyond the ups and downs of 2015, the UK can take on Mission Possible. The only question is do we wish to accept it. Income per person in the best-performing advanced economies is £8,000 per year higher than here. Almost all the gap is down to their higher productivity.

Winning the prize needs commitment and action. These actions should be evidence-based. That evidence is clear. How to win the prize is easy to write if harder to achieve: invest in assets that will generate more income than the assets we have today.

If people are our greatest asset we know that skewing education investment towards our very youngest gives the highest return. Inadequate capital investment is a long-standing UK weakness.

We should build on incentives encouraging firms to invest and break the planning logjam that obstructs many projects. With that done, we can prioritise the highest value for money public investments: smaller road projects, not large projects, trams or railways.

Finally, we should continue to focus resources on the centres of research and development excellence in our universities. But the most important innovations are made day-by-day by people who spot what their suppliers and competitors are doing, using that to make their own operations more efficient. And that brings us full circle to investing in people.

Not everything takes taxpayers money. Government has an important role as a regulator, simplifying the planning regime and making sure markets are competitive. The power of competition is often under-estimated. It is one of the best ways of delivering investment in assets.

The next year should be good for growth. That’s welcome but trifling in the face of the greater opportunity. Will we grasp it?