China’s inevitable hangover after a six-year debt-fuelled investment binge may finally be kicking in. 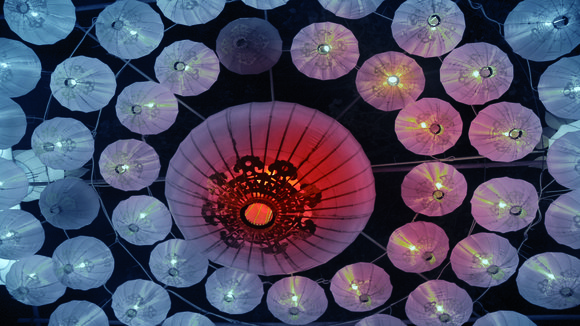 China’s industrial production grew by a meagre 6.9%y/y in August, the slowest pace of growth since the financial crisis

The question is whether the government lets the slowdown play out, or reaches for the ‘hair of the dog’ in the shape of more credit. For an open economy reliant on global conditions like the UK, the answer matters.

China’s industrial production grew by a meagre 6.9%y/y in August, the slowest pace of growth since the financial crisis (excluding China’s very volatile New Year months of January and February). Both electricity and cement production have weakened markedly in recent months as the country’s property slump continues. The figures add to other signs in recent weeks that China’s economy is slowing.  We’ve been here before. 2012’s slowdown was addressed with an acceleration of credit growth. The key question is whether the government is going to let this necessary slowdown play out. Recent statements suggest that they are, so long as employment and incomes are not unduly harmed.

It's all about supply

The UK's productivity puzzle – a combination of very strong employment growth, slower GDP growth and falling real wages – has prompted many explanations, without a clear winner emerging. But last week Mark Carney announced the Bank of England's preferred interpretation. The answer, in a nutshell, is a big increase in labour supply. Put simply, there are more people willing to work than before the recession. This, in turn, has kept wages low, as more applicants compete for vacancies. And it has persuaded firms to expand by hiring more workers rather than buying more equipment. So Monetary Policy Committee (MPC) members think unemployment can keep falling without stoking inflation in the short term. This week’s wage data will be closely watched for any signs of a turnaround.

The UK's trade deficit fell in July to £3.3bn, caused by a rise in goods imports. The main culprits were a surge in imports of oil and manufactured goods, rather than any fall in exports, which continued to grow. Unsurprisingly as a result, it was the trade balance vis-a-vis non-EU countries that took the hit. The trade balance has deteriorated in every month of 2014 and the deficit is now around 2% of GDP. We still await the much needed rebalancing of the UK economy to begin.

The winds of change

UK average house prices rose 9.7%y/y in August according to the Halifax, slightly slower than July's increase. And this month's survey from the Royal Institution of Charted Surveyors (RICS) suggests that this slowdown is set to continue. Meanwhile, expectations for London are the weakest of any UK region. This is largely because new buyers have not been forthcoming. The net balance between buyer inquiries and seller instructions over the last three months is the lowest since 2003, suggesting the capital's housing market is set to hit a soft patch. Will the rest of the UK follow its lead?

According to the Bank of England, 82% of new mortgages in Q2 were issued with a fixed rather than a variable interest rate, up from just over 70% in early 2013. But there is still a long way to go, as 63% of all outstanding mortgages were still on a variable rate. For the time being, interest rates on variable mortgages continue to come down - the average rate on a lifetime tracker has fallen from 2.96% to 2.91% since January. But rates on fixed term mortgages are starting to edge up again. The mortgage market ground is moving beneath our feet, as we await any changes from the MPC.

Growth in Eurozone industrial production looks quite healthy when compared to last year. Production rose 2.2% in July - this time last year it was falling by around the same amount. And production also rose a healthy 1% between June and July. Unfortunately that 1% doesn’t reverse the falls seen in the previous two months. And given the weakness in August’s Purchasing Managers’ Indices (PMI) for manufacturing, the signs still point to a struggling Eurozone economy.

US consumers have a spring in their steps again. The University of Michigan’s much-watched sentiment index rose by two points m/m to 84.6, its second-highest reading since 2007. Consumers are increasingly optimistic about the prospects for wage growth. That could be one reason for the decent 0.6%m/m rise in retail sales in August.

Although just 1% of UK VAT registered non-financial businesses are foreign-owned, these firms contributed almost 30p in every £1 of added value in the UK. This is not because of some magic sprinkled on the management of foreign-owned firms but rather their size. Foreign owners tend to control larger companies. In fact, 2,100, or 39%, of the UK's 5,500 firms who employ 250 or more people are foreign-owned. The most important foreign owners are American. They own a quarter of all foreign-owned UK firms and contributed 14% to the entire economic value added by UK businesses in 2012.