Economics Weekly - Jack In The Box

Economics Weekly - Jack In The Box

Last week’s annual get-together of central bankers didn’t reveal a clear way forward for gauging labour market slack or when interest rates will rise – topics that have recently dominated discussions at the Bank of England and the US Fed. But it did see the European Central Bank float new ideas on how to bolster the Eurozone recovery. 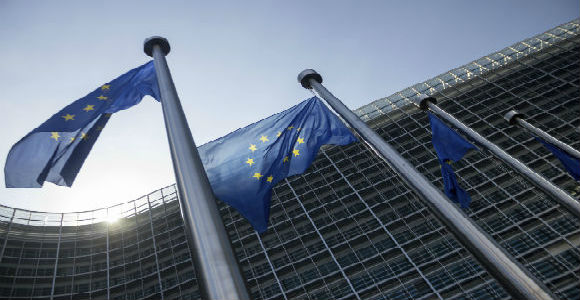 Jackson Hole, Wyoming, is the setting for the world’s top central bankers’ annual get-together. In the past the event has seen big policy announcements and prescient warnings of financial instability. This year it was Mario Draghi’s turn to steal the show. The European Central Bank (ECB) President stated that government spending could play a greater role in helping the recovery and bringing down unemployment. He also highlighted falling inflation expectations across the single-currency area, which could mean that the ECB is inching closer to further action.

The 'flash' reading of the Eurozone’s Purchasing Managers Index (PMI) for August continued the run of disappointing data for the single-currency area. The key survey of private sector activity fell to its lowest level this year with the manufacturing sector delivering the lowest reading since last summer. And France’s growth is still looking sluggish.  The good news is that Germany's service sector reading remains healthy with plenty of new business coming in. Unfortunately it doesn't change the Eurozone's growth outlook from being a very weak one. It’s more food for thought for the ECB.

US rates will be on hold for some time yet. That’s the conclusion from the minutes of the Federal Open Market Committee (FOMC) published last week. Members are actively debating how they will tighten policy. As to when that will happen, it’s a case of wait and see. They want more information about the pace of growth and improvement in the labour market before changing their view that rates will stay on hold for a considerable time after asset purchases end.

The FOMC’s concern is how to gauge job market slack. Does rising employment mean that inflation could take-off sooner that expected? In echoes of debates at the BoE, they are concerned that the unemployment rate doesn’t tell the whole story. But they fret that any labour market indicator is imperfect. Most of all, they want to avoid focusing on measures that could become moving targets. For now, they’ll describe what they see: an improving job market with significant slack.

Two members of the Bank of England's (BoE) Monetary Policy Committee voted for rates to rise to 0.75% in August, whilst the other seven members preferred to keep them at 0.5%. The dissenting votes surprised markets, who had been shifting their expectations of rate hikes later into 2015. Now bets are back on for Q1 2015. But dissent doesn't automatically mean action. In 2011 three members voted for rates to rise for four consecutive months, only to have their hopes dashed as the outlook in the Eurozone soured. The parallels with today's situation are clear to see.

Go your own way

More of us are working for ourselves than at any time in the last 40 years. UK self-employment has risen by 760k since 2008 to 4.6 million, with cabbies and construction workers topping the charts. Fully two-thirds of total job growth has come from the self-employed. Oddly, that’s not mainly because ever-more people have chosen self-employment. Rather, fewer people than in the past have given it up. Working for yourself is something most people do for love, or necessity, rather than money: the typical self-employed person works longer and earns less than average.

The annual rate of UK inflation fell from 1.9% to 1.6%y/y in July. Clothing and footwear contributed most to the slowdown, with prices in this category down 5.7% from July. The cost of furniture and fittings also fell, by 1.5%m/m, as did food prices, down by 0.2%m/m. Like the slowdown in wages, low-ish inflation stands at odds with an otherwise strong economy. However, they're probably related. Employers may be more willing to hire when wage growth is subdued, while low inflation keeps household spending power from slipping further. The niggling question is how long can this last?

UK consumers continued to turn browsing into buying in July, with the quantity of goods bought up 2.6%y/y. But growth has been slowing for the past 3 months, led by weaker food retailing and non-store retailing. Internet sales now account for 10.3% of total sales - 5 years ago it was 5.9%. Strikingly, average retail prices, including fuel, have been falling almost constantly since February this year. The impacts of a stronger pound are clearly being felt.

Changing of the season?

Last week, numbers from Rightmove showed an unexpectedly large August drop in UK housing asking prices. Meanwhile figures from the ONS showed moderating house price growth in the 12 months to June – although prices are still growing at a healthy 10.2%y/y. Add in the results from the most recent survey from the Royal Institution of Chartered Surveyors, which also points to a cooling, and the leaves are most certainly starting to change colour. Double click to edit content...

This material is published by The Royal Bank of Scotland plc (“RBS”), for information purposes only and should not be regarded as providing any specific advice. Recipients should make their own independent evaluation of this information and no action should be taken, solely relying on it. This material should not be reproduced or disclosed without our consent. It is not intended for distribution in any jurisdiction in which this would be prohibited. Whilst this information is believed to be reliable, it has not been independently verified by RBS and RBS makes no representation or warranty (express or implied) of any kind, as regards the accuracy or completeness of this information, nor does it accept any responsibility or liability for any loss or damage arising in any way from any use made of or reliance placed on, this information. Unless otherwise stated, any views, forecasts, or estimates are solely those of RBS’ Economics Department, as of this date and are subject to change without notice.