Six years on, UK economic output has at last surpassed the pre-crisis peak. Output would now be over 10% higher if the economy had followed the path of a typical post-World War II recession. It’s also behind the performance following the Great Depression and Japan’s so-called ‘lost decade’. So it’s been a slog, but we are on the mend. 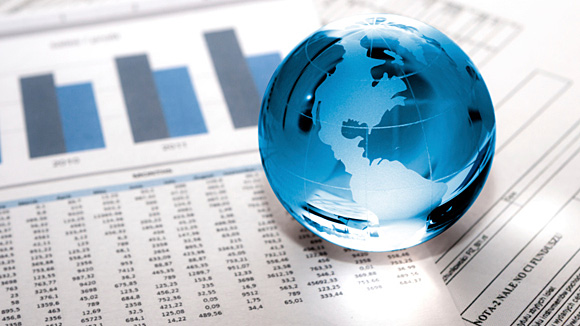 The Fed's decision to end QE is a step back towards normality.

The UK economy grew by 0.8% in Q2. That's the same pace as Q1, and was enough to lift the year-on-year growth rate to an impressive 3.1%. Among the sectors, Business Services was the star performer, accounting for almost half of all growth in the three months to June. Even if we see a modest deceleration in the second half, 2014 is shaping up to be a good year. The IMF upgraded its UK forecast last week (again) and now expects full-year growth of 3.2% in 2014 and 2.7% in 2015, which represents the best outlook among the G7 countries.

Right back where we started from

In the recession, UK GDP fell by more than 7% in just five quarters. It took six years to reverse that decline, but we're finally there. This is a major milestone for the recovery. Of course, not all sectors are in the same position. Business Services surpassed its pre-crisis peak back in 2012, while Manufacturing, Construction and Financial Services are still well below their peaks. Other sectors didn't see a meaningful downturn in the first place - for example, Information & Communication and Government & Other Services.

With the recovery looking entrenched, the debate about when to raise rates continues to heat up amongst the members of the Bank of England’s Monetary Policy Committee (MPC). The minutes of their last meeting in July noted that the recovery is becoming more firmly established, making it less likely to be derailed by a small rate rise. But the MPC is clearly unnerved by weak wage growth. All in all, markets still expect the first rate hike to come in early 2015. And the MPC’s “central message” was again underlined - rate hikes will be gradual and Bank Rate will remain below its historical average for some time.

Even though the sun was up and the sky was blue, retail sales grew by only 0.1% between May and June. That's better than the 0.5% decline the previous month but it's hardly boom-time for British shopkeepers. Clothes stores took the biggest hit, with sales down 1.7% on the month. Supermarkets and other food stores performed better. The change in fortunes for the high street is significant but not critical. Sales are still 3.6% higher than a year ago, and what more can be reasonably expected given that prices continue to rise faster than wages.

With only a quarter of the fiscal year behind us it is too early to tell whether the public sector will hit or miss the £95.6bn borrowing target, but we can check on progress. The early indications aren't promising. In the three months to June, borrowing has been £2.5bn higher than it was this time last year, making the planned full fiscal year reduction of £12.2bn that bit harder. The explanation for this under-performance can be found in the shape of the recovery. VAT receipts are charging along (up 4.6% so far this year) as people spend more money, but disappointing wage rises means income tax receipts are down. That pattern looks set to continue.

If you take a look at government bond markets you could be forgiven for thinking that Europe's debt worries were behind it. Italy can borrow money for 5 years at 1.4%, compared to 1.7% for the US and close to 2% for the UK. But these low borrowing rates mask rising debt ratios. Italy's public debts are worth 136% of its GDP (about €2.1 trn), second only to Greece with a debt to GDP ratio of 174%. And Italy, Spain and Portugal all saw their debt to GDP ratios climb by more than five percentage points in the last year. The slow pace of growth in the Eurozone is to blame. But with Eurozone interest rates expected to be so low for so long, investors are content to sit tight, for now at least.

US manufacturers kicked-off the second half of the year in fine fettle but with the faintest hints that the pace of expansion might be easing. The flash Purchasing Managers’ Index (PMI) registered a figure of 56.3 in July, down from June’s four-year high of 57.3 but still pointing to strong growth. Output growth slowed slightly, but remains robust at 60.4. And although the employment index fell to its lowest level since last September, it’s still consistent with firms creating jobs.

The eurozone’s private sector also enjoyed a good start to the second half of the year, thanks in no small part to Germany. The composite PMI, covering both manufacturing and services, moved to a three-year high of 54 led by a Germany firmly in growth mode in both main sectors. Meanwhile, France’s struggle for a recovery continues.