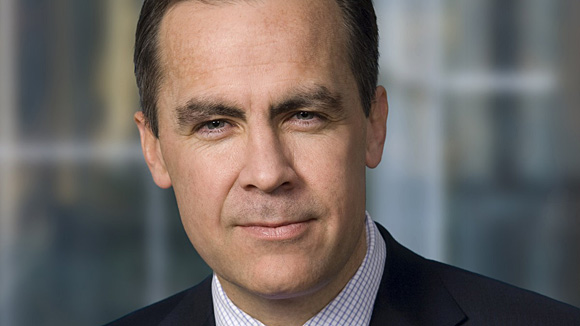 Mark Carney, Governor of the Bank of England

The Monetary Policy Committee’s (MPC) job is to meet the government’s inflation target of 2%. It is judged to have done that if inflation lies between 1% and 3%. At present, the figure is 1.8%. According to Consensus Forecasts, inflation will average 1.9% this year and 2.0% next. Wages, the single largest cost in the economy, are rising by little more than 1.0%.

The reason the Governor made his comment is that the economy is growing very quickly indeed, at 4%y/y, the Bank reckons. That compares with a long-run average of less than 2.5% and just 2.6% forecast at the turn of the year.

Inflation is the result of a race between rising demand and supply. Yet gauging supply accurately is hard. The Bank thinks there is still slack in the jobs market, so employers can recruit people without having to raise wages too much. It also thinks the economy’s supply capacity will continue to expand. So the imminent threat from inflation is low. But the MPC needs to look further ahead. And knows the time when growing demand meets supply constraints is coming. It’s just not sure when.

Before last week’s speech, markets reckoned the first rise in rates would come in spring next year. After it, the date shifted to the end of this year.

Importantly, the Governor reiterated that, “the timing of the first Bank Rate increase is less important than the path thereafter … we expect that eventual increases in Bank Rate will be gradual and limited.” In other words, Bank Rate will rise but it will not return to pre-2008 levels for years. At various points MPC members have suggested that years from now Bank Rate will still be around 2% to 3%.

Why do they expect rates to remain ‘low’? First, the economy just can’t take the strain of ‘normal’ rates closer to 5%. Debt levels remain high, which means that higher rates would depress demand as people cut spending to maintain mortgage payments, with the risk that inflation fell below the target. Second, the Bank is concerned that if it acts too soon and stifles the recovery it has little room to cut rates again and stimulate growth. Again, there would be a risk of inflation being too low.

All work…and no pay

UK employment is soaring, up by 780,000 in the past year. That’s more than Canada, France, Germany, Italy and Japan combined. Employment is rising faster than the working age population is growing, so the proportion of the working age with a job is near to a record high. All these jobs meant unemployment fell yet again, to 6.6%. But for now, wage growth simply can't get moving. Excluding bonuses, average earnings grew by just 0.9%y/y.

The construction sector is picking up momentum after winter storms slowed building work. Output rose by 4.6%y/y in April. Construction output during the winter was also stronger than first thought. This upward revision is enough to raise first quarter growth for the whole economy by 0.1 percentage points to 0.9%q/q. However, new orders for house building fell by 9% in the first quarter. Although new building by the private sector slowed, the drag was predominately due to new orders by the public sector, which fell by 46%, the largest drop since the series started in 1964.

Surveyors expect house price growth to ease in the coming months, according to the Royal Institution of Chartered Surveyors. London's surge is no exception. New buyer enquiries in the capital fell for the first time since January 2013 and price growth expectations over the past three months are now similar to the rest of the UK.

In addition to higher wages, manufacturers are raising output too. Production rose 0.4% between March and April, extending a winning run of gains to five months. Compared to last year output was up 4.4% - the strongest rise in three years. Food, beverages & tobacco, the largest sector, grew by 6.6%y/y in April and transport equipment, the second largest, rose by nearly 9%y/y.