China has long been synonymous with strong and secure economic growth, but is it time to take a fresh look at its economy? The first Economics Weekly of June looks at China's rapid build up of credit, the MPC's voting record and India's changing economy. 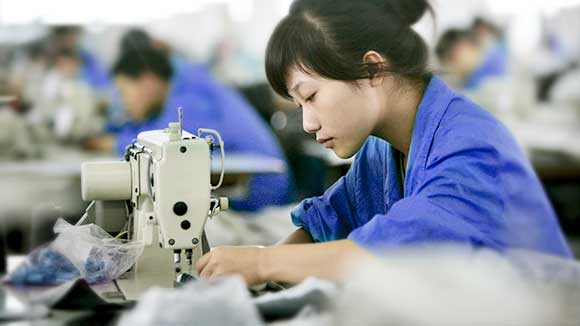 This material is published by The Royal Bank of Scotland plc (“RBS”), for information purposes only and should not be regarded as providing any specific advice. Recipients should make their own independent evaluation of this information and no action should be taken, solely relying on it. This material should not be reproduced or disclosed without our consent. It is not intended for distribution in any jurisdiction in which this would be prohibited. Whilst this information is believed to be reliable, it has not been independently verified by RBS and RBS makes no representation or warranty (express or implied) of any kind, as regards the accuracy or completeness of this information, nor does it accept any responsibility or liability for any loss or damage arising in any way from any use made of or reliance placed on, this information. Unless otherwise stated, any views, forecasts, or estimates are solely those of the RBS Economics Department, as of this date and are subject to change without notice. The classification of this document is PUBLIC. © Copyright 2013 The Royal Bank of Scotland Group plc. All rights reserved.

China's solution to the economic and export fallout from the financial crisis was to invest more at home. So it’s been consuming a strong cocktail of excess investment fuelled by debt. It's a heady brew that leaves the country's banks sitting on a high level of bad loans, as signalled last week. And the strains are beginning to show. As China faces this problem while trying to reform its economy, the best outcome is that growth will slow substantially. But there’s still time to avoid the worst.

Although the number of mortgage approvals fell in April, the average value of each approval rose. The UK housing market is currently experiencing two opposing winds. One is new mortgage regulations, sensibly aimed at ensuring borrowers are better able to afford a future rise in mortgage rates. The other is rising demand, supported by Help to Buy. So far the scheme has helped over 27,000 households buy a home, most of who bought properties valued at £250k or less.

A stitch in time

No member of the Monetary Policy Committee (MPC) has voted for a rate hike for almost three years (since July 2011). But it looks like that will change before too much longer. In an interview with the Financial Times, MPC member Martin Weale said that if you want to raise rates gradually, then you have to start sooner. He said "we can wait a bit longer" but the implication is he will be voting for a rate hike before the year is out, possibly as early as August. If markets are correct, it will be the first half of next year before a majority of the nine-person committee joins him.

UK firms and households are feeling chirpy. May's GfK consumer confidence index rose to its highest level since 2005. Although consumers are particularly pleased with the UK’s economic performance, as well as hopeful about the future, they've yet to see a marked improvement in their own finances. Likewise, the CBI growth indicator reported that British firms are experiencing the strongest growth in orders and activity since the survey began in 2003. We already knew the UK economy has a spring in its step. But few of us mind being reminded of our good points all the same.

US output shrank by 1.0% on an annual basis in the first quarter, enough in normal circumstances to have us reaching for the panic button. But there’s no need. Firms running down their stocks accounted for a large chunk of the fall and the icy grip of winter on construction activity for most of the rest. Growth of 3.1% in consumer spending was a more accurate reflection of the economy’s health. And with the Purchasing Managers’ Index hitting a four year high in May, Q1 looks like no more than a blip.

US house prices increased by 10.3%y/y in March according to Case Shiller. That’s a little slower than the 11%+ rates recorded in the second half of last year but not much. Incomes are rising at a fraction of that rate, so house prices are becoming less affordable by the day. Yet with US long-term interest rates falling to their lowest levels in almost a year and mortgage rates following them, a frothy housing market could be with us for some time yet.

We're used to reading about the high price of houses. But less attention is paid to the wider costs. London's meteoric house price growth is having an effect on how many people are living in a typical house. The share of households with six or more people rose by a third in the 10 years to 2011. Cosy, as estate agents might say.

India's economy grew 4.6%y/y in Q1. Although that’s a decent pace of growth by western measures, it's low for a country at India's stage of development. India’s most powerful economic weapon is a functioning democracy. However, the country has just elected a proven reformist as prime minister with a strong parliamentary majority. India's problems are a mirror image of China’s. It’s underinvested in infrastructure. That may be about to change.