This week we ask whether the UK economy is at variance with itself. Output and employment are both strong. Yet productivity growth is weak, wage growth remains poor and, despite happy shoppers and a buoyant economy, inflation is falling. It’s a puzzle. And like the Enigma code, a tough one to crack. 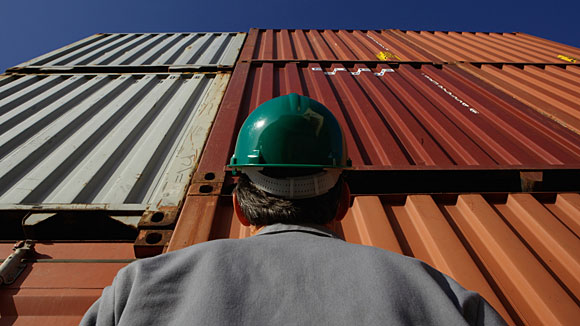 UK inflation slowed in May, with the price of a typical basket of goods and services rising by just 1.5%y/y. The slow, steady, downward drift in the rate of inflation began last summer and takes price rises to their slowest pace since October 2009. Average wage growth is lower, but households won’t mind that food and transport prices haven’t risen since last year. The Monetary Policy Committee’s (MPC) explicit target is to keep the annual inflation rate near 2%, so lower inflation clouds the MPC’s decision of when to raise rates. Markets still suggest a rise by year-end though.

Despite the hints otherwise, minutes for June's meeting showed continued unanimity that now is not the time to raise interest rates. All nine members of the MPC voted to keep base rate at 0.5% and Quantitative Easing at £375bn. Subdued inflation was cited as the main reason for staying put. And May’s inflation figure will have done little to change this, despite members noting that a more gradual pace of rate increases could necessitate an earlier start to rate rises than markets had expected at the start of June. A position Governor Mark Carney aired last week.

You know the UK economy is doing well when the quantity of retail sales can fall 0.5% in the month to May, without causing a fuss. And you can be doubly sure when that's the correct response. The underlying trend in sales is almost the exact opposite. The more reliable quarterly measure shows retail sales, excluding fuel, are up 5.5% annually. And while big supermarkets and food stores in general are finding trading tough, department stores are doing better, with the quantity of sales up almost 10% on an annual basis. Yet as the inflation figures showed, retailers are having to discount.

Many would wish that UK property would only hold its value, rather than rapidly increase it. Yet house prices rose by 9.9% in the year to April 2014, up from 8.0% y/y in March. London led this national price increase with an inflation rate of 18.7%. In other words, the average capital gain for a London homeowner in the year to April has been £71,000. That’s more than twice the average household’s annual income. Few potential buyers can keep up.

With more households renting, you’d be forgiven for thinking rents were rising as fast as prices. They’re not. Average rents across all regions of England & Wales grew about 1%y/y, a similar rate to average earnings. Throughout recent history, rents and incomes have grown at a similar pace and it looks like that is set to continue.

Strong growth in output and employment presents something of a mystery for the UK. It’s taking a million more people in work to produce the same amount we were back in 2008. The Bank of England's view is that the economy is still reeling from the effects of the financial crisis. In particular, firms have been reluctant to invest and low interest rates lack the bite necessary to force firms to innovate or die.

As May's £13.3bn deficit shows, fixing the public finances is a slower process than establishing an economic recovery. So while the size of the UK economy is about to overtake its 2008 peak, we're still left with a £70bn hole in the Government's budget. That hole was to disappear once growth got going again. But no such luck. The lack of a productivity bounce-back means a combination of lower spending, higher taxes and more borrowing will have to fill the gap.

In contrast to the UK, inflation rose in the US, to 2.1%y/y in May. That’s a whisker above the Federal Open Market Committee (FOMC) 2% target. The increase was anticipated and was due mainly to petroleum shortages. So it is unlikely to affect US monetary policy. Indeed, the FOMC kept its main lending rate on hold at 0.25% and said it will continue steadily to reduce its asset purchases. As in the UK, there is every sign that US interest rates will be low for years.