Carbon Clear switched to NatWest in 2013 because they weren’t getting the level of service they wanted from their previous bank - a move that paid dividends when the business was threatened by fraudsters recently. 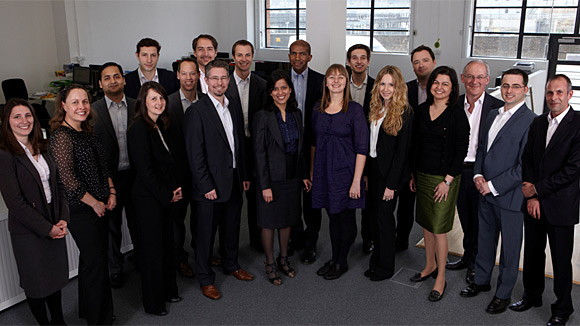 The firm is a world-leading provider of carbon management services, helping companies reduce their carbon footprint and supporting environmental projects worldwide which can change people’s lives.

The fraudsters hacked into Carbon Clear’s computers and were able to withdraw £30,000 from its NatWest account – the maximum withdrawal allowed for a single day.

“When we tried to make another payment, we were told we’d exceeded our daily transfer limit,” says Chadwick, the company’s CEO. “We knew pretty quickly there was a serious problem.”

The Carbon Clear team immediately got in touch with their Relationship Manager Tanya Iskandar to ask for help.

“£30,000 is a massive chunk of money for a small business – it has the potential to affect everything,” Iskandar says.

“I wanted them to know I was there for them, and that the bank would do everything possible to remedy the situation.”

“The bank’s response was very quick,” Chadwick says. “It took a single day for them to go through all the necessary processes, find out what had happened and transfer the money back to us.

“There was no hassle whatsoever. We couldn’t have been more delighted.”

One of the initiatives Carbon Clear drives is the Darfur Low Smoke Stoves Project.

In Sudan’s remote rural communities, families often use traditional stoves for cooking - relying on fuels like wood and charcoal. But burning these fuels indoors is bad for people’s health. The World Health Organisation has confirmed that prolonged exposure to stove smoke is a serious risk, contributing to breathing problems and other health conditions in children.

Liquid petroleum gas (LPG) stoves are a much healthier, eco-friendly alternative to chopping down trees for stovewood. Unfortunately, the upfront cost of these stoves is more than many families can afford.

Working with the non-governmental organisation Practical Action, Carbon Clear is funding a credit scheme to make LPG stoves accessible to thousands of families in Sudan. Run by Sudanese women from the local community, the project has been hugely popular.

As well as reducing health risks, LPG stoves save families money – fuel canisters are cheaper to buy than wood, so the savings made by local people can go towards other necessities.

“Carbon Clear do some amazing things supporting communities around the world and helping companies slash their carbon footprint,” says Iskandar. “It’s really thinking long-term about our planet’s future. Helping them deal with the fraud was a way for the bank to make its own contribution to the incredible work they’re doing.”