Minutes from the Bank of England’s Monetary Policy Committee highlighted that in order for interest rates to rise gradually, they may have to start rising earlier. That’s the trade-off. 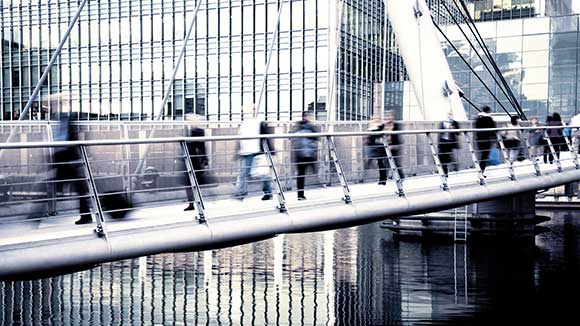 Mayor of London Boris Johnson once joked that his policy on cake eating was simple. He is both pro having it and pro eating it. UK borrowers may not be so fortunate.

The second estimate of Q1 GDP - in which growth was confirmed as 0.8% q/q - provides a bit more flesh-on-the-bones of the state of the UK economy. Household spending made the biggest contribution to growth, rising by 0.8%q/q. But encouragingly, business investment also rose and has been expanding for five quarters. Signs of the much sought after rebalancing of the economy? But before we get carried away, household spending is now even more important for the UK economy than it was pre-crisis. And export growth has yet to ignite. Rebalancing is a tough nut to crack.

True to form, there was no holding back the UK consumer in April as retail sales surged to their fastest pace of growth in more than a decade. Excluding fuel, retail sales were up 7.7%y/y, easily outstripping the average 4.5%y/y growth achieved in the first three months of the year. All the main retail categories shared in the spoils (e.g., food, household goods etc.) as we splashed out £28 billion over the four week reporting period, equivalent to £11,500 per second.

The Bank of England Minutes contained a sting in the tail. Although the Committee re-iterated its intention to raise rates gradually, it suggested that the more gradual the rise in interest rates “the earlier it might be necessary to start tightening policy". Could this be an attempt to signal that rates might rise somewhat sooner than expected? I think so.

Markets now expect the Monetary Policy Committee to raise Bank Rate in the first half of 2015.

A buoyant economy failed to boost government finances in April. Government net borrowing, excluding effects such as the privatisation of Royal Mail, was £11.5 billion in April 2014, £1.9bn higher than April 2013. While tax and spend figures are notoriously volatile, it’s sobering that interest payments on government debt could pass the £1bn a week mile-stone this year. So the boost from stamp duty on shares and properties, up almost a third to £1.1bn, will be welcomed in Whitehall.

March was celebrated as the month where UK wage growth finally outpaced inflation. But April’s figures could rain on that parade. Annual inflation in April rose to 1.8% (up from 1.6% in March) hinting real wages could slip back again. It was planes, trains and automobiles that pushed prices up in April. But the effect of higher transport costs will fall away next month. And for once the British Spring weather was praised for bringing better growing conditions, particularly for vegetables, pushing down the cost of a wide range of food prices.

Business surveys suggest the Eurozone’s economic recovery remains on track. The Eurozone Purchasing Managers’ Index (PMI) reading for May was 53.9. That’s a small drop on April but comfortably above the 50-mark that signals economic expansion. The good news was shared across nations, except for France, where business activity shrank in May. However, the figures also contain cause for concern. Companies continued to cut margins and lower prices to boost sales. With deflationary pressures continuing to weigh on the Eurozone, this provides further support for those calling for the European Central Bank to start asset purchases to bolster the recovery.

A spring in its step

US manufacturing output grew at its fastest pace in more than three years in May according to the Purchasing Managers’ Index. The survey also reported stronger growth in new orders and jobs. In contrast, inflation remains muted. It’s a pattern the Fed’s rate-setters expected at their April meeting. Superficially it also sounds a little like the Eurozone’s economy. But that’s an illusion. Crucially, both expectations and prospects for the US are significantly greater than those for the single currency area. As so often in life, everything’s relative.