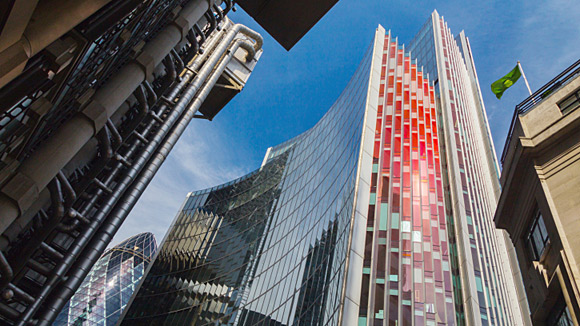 When Lloyds Group bankers issued the first bail-in bond in 2009, they did not expect it to turn into the new hottest area of bond markets. Today, sales of contingent convertible (coco) bonds have reached €75bn in Europe, and at this rate will probably reach €100bn by year-end. But without a swift effort to standardise and regulate the market, coco bonds threaten to make a future bank crisis worse, rather than being part of the solution.

Both banks and regulators are smiling at the success of bail-in bonds. For regulators, cocos help to plug the capital gap of European banks.

For bankers preparing for the upcoming European Central Bank stress tests, cocos are a cheap way to boost capital: they cost roughly half the return on equity demanded by shareholders, and interest is tax-deductible. It seems like a win-win.

But there is more than one catch. First, cocos are highly complex. Some come with mandatory coupons, others with discretionary interest payments. All cocos, however, take losses contingent on one or more trigger events: for example, the issuing bank falling below a preset

capital threshold, or a decision by regulators. The triggers can push some cocos to convert into shares, while others instead write down to zero.

There is a second catch: risk. In good times, cocos behave like a normal high-yield bond, but in falling markets they expose investors to equity-like losses and volatility. In financial jargon this is called negative convexity, or “death spiral” risk: losses accelerate as things get worse.

The worry is that some buyers may not understand the differences and risks of coco structures. Around a fifth of buyers are private clients, and this proportion could rise as the market goes mainstream: the first bond index for cocos was recently initiated by Bank of America Merrill Lynch.

Despite the complexity and risks, cocos have performed well so far, returning more than 5 per cent to date. But as yields drop to low single-digits, there is increasing evidence that prices may not fully reflect risk.

In its last Financial Stability Report, the Bank of England mentioned the investor base for cocos had broadened, but warned that “investors were placing insufficient weight on the likelihood of a conversion being triggered”.

An analysis of existing coco bonds published by RBS shows prices only compensate for the coupon deferral risk, not for potential losses from conversion. Finally, Tobias Berg of Bonn University and Christoph Kaserer of Munich Technical University recently suggested cocos could push banks to take more risk, given their asymmetric risk-return profile with losses skewed towards investors.

No one really knows what would happen if a bank were to suspend its coupon payments, or worse, had to convert its cocos. Several investors fear this could compound volatility or even disrupt the whole market: some already predict 10 percentage point price drops the first time a bank hits a trigger on its cocos.

Not for orphans or widows

Regulators must act now to avoid waking up to these problems when it is too late. The first thing to do is flag clearly that cocos are not regular bonds, before investors unaware of the risks start buying. The case of Bankia’s bail-in in Spain highlighted the social pain of pushing losses on to bonds held by retail investors. Cocos can expose holders to cliff-like losses: they are not for orphans or widows.

Second, regulators need to create standards and reduce complexity across jurisdictions, clarifying how triggers and conversion mechanisms really work in a crisis. In doing so, they should favour instruments where the risks and rewards are aligned with shareholders, like cocos that convert into and dilute equity in case of losses, and discourage writedown cocos, where bondholders crystallise losses but get no upside.

Finally, the Basel committee should increase its focus on the quality of bank capital, not just the quantity. Current Basel III proposals limit the amount of cocos banks can issue, yet they consider coco capital as stable as plain equity.

Both banks and taxpayers are definitely better off with bail-in bonds than without. Yet, cocos shift unprecedented risks from banks on to investors and the financial system as a whole. Their existence in the current complex and volatile form does not guarantee a smooth landing in a crisis. Holding an extra parachute will not help if you do not know how to open it before the jump.

Alberto Gallo is head of macro-credit research at RBS. This article was first published in the Financial Times on 7 May, 2014 (available to FT subscribers only).