Economic growth in the UK is now established. Yet concerns about the sustainability of rising house prices remain a nagging itch. 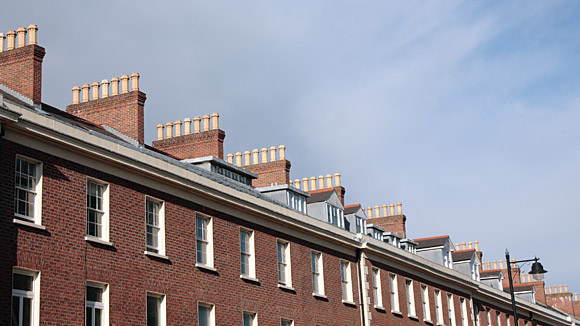 Boosting housing supply should help ease these concerns. So it’s welcome that new build construction is rising rapidly. To paraphrase the young Oliver Twist, can we have some more please, sir?

The OECD, an organisation poorly described as a rich nation’s club, upgraded their outlook for UK economic growth to 3.2% this year. That’ll be the fastest pace since 2007 and would likely outpace our peers. Although consumer spending will provide much of the power, the OECD expects the long-awaited pick-up in business investment to begin. They also added their voice to growing concerns about the UK housing market, stating that intervention might be needed to prevent excessive price inflation. That’s nothing controversial. The Bank of England has said the same.

Boosting the supply of new homes would help ease concerns. And construction output grew by 0.6%q/q in Q1, twice as fast as the 0.3% originally estimated. New construction, rather than repair, accounted for the bulk of the rise in output, with house building the major contributory factor. Indeed, new house building was a saving grace for the sector. Without it, construction output would have fallen 2.2%q/q. And there’s scope to build more. It’s fair to say we’re building too few houses, not too many.

Oracle or odd one out?

The average price of a house fell for the second successive month in April, according to the Halifax. Somewhat against the tide, they price a typical home at £178k, a smidgen less than the £180k it cost in February. But prices are still 8.5% higher than a year ago. And the Royal Institution of Chartered Surveyors’ monthly survey of estate agents reported "a firmly upward trend" in prices.

Optimism abounds in the UK’s commanding service sector. The Purchasing Managers' Index (PMI) for UK services rose to 58.7 in April, from 57.6 in March. That’s well above the 50-mark that signals increased output. The composite index, which combines the service PMI with manufacturing and construction, reached the dizzy heights of 59.4, from 58.2. Both readings are the highest this year, suggesting the economy is at least matching Q1's solid performance. Firms are taking on new workers at the fastest rate since 1997 and, for now at least, input costs remain subdued.

A slowly healing Eurozone and improving global economy helped UK exports rise for the first time this year in March, up by 4.9%m/m. But as so often with the good, there's also some bad. For all the talk about boosting UK exports, Q1 saw the UK post its lowest level of goods exports since Q4 2010 and exports have trended lower for the past year.

No words, no action

There was no change from the Monetary Policy Committee (MPC) at its May meeting. In theory, this was the first meeting since forward guidance was introduced when a rate hike was on the table. In practice, that was never going to happen. This week’s Inflation Report may contain signs of a shift in the MPC's thinking. In February, the Bank of England had seemed to endorse the market's view that rates would start to rise in the first half of 2015. We’ll see.

The European Central Bank also kept interest rates unchanged, at 0.25%. But there’s pressure to act. Unemployment has been stuck at 11.8% since December last year but the bigger call to action is due to low inflation. Prices are rising by just 0.5% a year. The consensus among central bank watchers (like train spotters, only less fashion conscious) is the ECB is likely to act next month. Whether that will involve buying assets (QE) is uncertain.

The Eurozone economy made a strong start to Q2. April's composite PMI score of 54 is both solid and higher than March's 53.1. The brightest members of the currency club are those that have had a torrid time. Output growth in both Ireland and Spain hit multi-year highs. But Germany remains an engine of growth with a PMI score of 56.1. Strong growth is a mixed blessing for the ECB. While growth helps both reduce unemployment and governments’ manage their debt, it makes the decision about QE more difficult. No wonder they delayed making it for a month.