Up and over - Economics weekly

Up and over - Economics weekly

Employment’s up. And the period of inflation outpacing average pay is finally over. Things are looking rosy in the UK’s economic garden. Lower inflation helps. 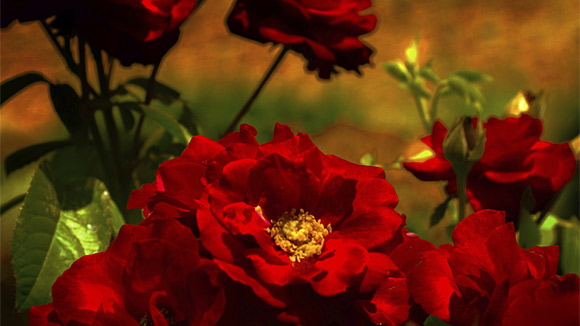 After four years of uncomfortably high inflation, households will welcome the slowdown in the rising cost of living.

The UK jobs market continued its excellent run in early 2014 with almost 700,000 more people in work than the year previously. Employment is rising faster than the working-age population, so the employment rate is now 72.6%, a whisker away from the all-time peak of 73.1%. The unemployment rate fell to 6.9% in the three months to February, below the original 7% threshold that would have triggered official talk of rate rises. With phase I of forward guidance laid to rest, phase II suggests that interest rates aren’t likely to rise soon. Markets have odds of 1 in 3 for a rate rise this year.

After four years of uncomfortably high inflation, households will welcome the slowdown in the rising cost of living. Official inflation fell to 1.6%y/y in March, the slowest annual increase since October 2009. It actually continues a downward trend that started in September 2011, when prices were rising by 5.2%y/y. Data also shows that the period of falling real wages has ended. Lower inflation is certainly playing its part, but it’s important to note that pay rose by 1.7%y/y in February. That’s great news. But don’t get carried away. After six years average pay is worth 7.7% less than it was in 2007.

We sure love shopping

Compared to March last year, the volume of retail sales was up 4.2%, making it one of the best months since the start of crisis. Don’t worry, the rise is flattered a little by poor sales in March 2013 and sales were up a more sober 0.1% on the month. Yet experience shows it’s rash to underestimate the UK consumer’s love of shopping.

The Government spent £107.7bn more than it received in 2013/14, meaning the deficit was a mere £100m lower than forecast. But while the deficit is falling (it was £115bn a year earlier) it’s still high, representing 6.6% of UK output. The resurrected housing market is helping. Stamp duty land tax receipts in March were 50% higher than March 2013. This will continue as the average house price rose 9% in the year to February. Growth was positive in all regions, but only London, the South East and Eastern England are above their (already robust) 2007 peaks.

But there is too much of a good thing

While lower inflation will support the UK, it’s a less welcome visitor for those Eurozone countries whose public debt is high and growth low. Annual inflation in the region was confirmed at 0.5% in March, down from 0.7% in February. While officials stress that the Eurozone is not at risk of deflation, they are gearing-up to intervene if necessary, probably through the European Central Bank purchasing assets with freshly created money (QE).

The Eurozone Purchasing Managers’ Index of business activity signalled the recovery is gaining momentum. The composite index rose from 53.1 in March to a 34-month high of 54 in April, nicely above the neutral 50-mark. Although manufacturing led the way, services also contributed. But perhaps the warmest feeling comes from the evidence that firms are hiring, an Easter blessing given the region’s stubbornly high level of unemployment.

The third coldest winter on record hurt US retailers. But like the weather US sales warmed up in March, jumping 1.1%m/m, the highest in 18 months. While the pick-up was broad-based, car sales were particularly strong. This lends support to the belief that the recent US soft-patch was weather-related and nothing more. The US economy looks in good shape for the summer. Even inflation is rising to more comfortable levels, bucking the international trend.

A gradual descent, for now

China's economy continued to slow in Q1, albeit gradually. Although output expanded by a healthy-looking 7.4%y/y, it’s the slowest pace since 2012 and the slowdown is set to stay for a while. The question is how the authorities respond. Inflation, already low, looks set to fall further. As the world’s largest goods exporter, what happens in China does not stay in China. Consequently, price growth may weaken across the globe. While that may be good news for the UK and consumers generally, it could bring the Eurozone closer to deflation.