RBS and STV are calling for STV viewers and RBS customers in Scotland to take part in the 2014 series of RBS - Finding Scotland’s Real Heroes. 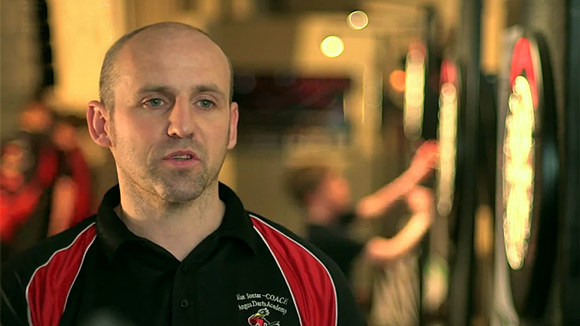 Hosted by TV presenter Carol Smillie, the STV show searches for ordinary people in Scotland who do extraordinary things; people whose hard work, ingenuity, ambition and generosity has improved local communities across the country.

You can nominate friends, neighbours, local groups and even animals who have dedicated their time and effort to helping others.  Last year’s nominees included sports enthusiasts who are inspiring the next generation, entrepreneurs who put people before profit and young people who make daily sacrifices to help others.

STV’s team of researchers will consider every nomination and a panel of distinguished judges will select a short list to appear in this year’s RBS – Finding Scotland’s Real Heroes series to be shown on STV this Autumn. Then, you, the Scottish public will be invited to vote for the winners.

The overall winners will be celebrated in a glittering televised awards ceremony at the end of the series. But some of those who won awards in the 2013 series say an even bigger benefit is the publicity the programme has brought to their cause.

Alan didn’t win a Real Hero award for his own darts skills, but rather for what he has done for many young people in Arbroath.  He can be found every Thursday night coaching the members of the Angus Darts Academy which he founded in February 2012 with the duel aim of giving youngsters in his area something to do instead of loitering on the streets, whilst also raising awareness of the sport of darts.

Before Alan won the award, the Academy had around 100 people coming along each week ranging in age from 8 – 21 years of age. This number has grown hugely in the last few months and the Darts Academy is now known all over Scotland.

Appearing on the STV series has also been the platform the Academy needed to help it secure vital funding and financial support. Cafe Project, the building where the Darts Academy is held, had been struggling financially and was at real threat of it having to close its doors for good.

Now, with new funding behind it, a big refurbishment of the Café Project building is planned for June this year benefiting the whole community as well as allowing the Darts Academy to continue to give youngsters a worthwhile way to spend their time and keep them off the streets.

Find out more about some of last year’s winners  and how they – and their communities – have benefited by watching the videos below:

Elizabeth Partyka, deputy director of channels at STV, said: “Last year we were overwhelmed by the community spirit, time and dedication so many of our well deserving nominees and award winners had shown in their local areas and we are delighted to be able to celebrate the hard work of these inspiring people again this year.”

Chris Wilson, RBS’s Managing Director of Branch and Private Banking in Scotland, welcomed the chance to help celebrate Scotland’s heroes for the second year running: “There are so many inspirational people across Scotland who do amazing things for their communities and the series is a fitting way to recognise these people and the contribution they make.”

Nomination forms are available in RBS branches providing further information about the programme and how to nominate. Simply complete the form and send back to STV at the address provided or you can call 0800 696 50500 or send an email to realheroes@stv.tv, providing your name, telephone number, and the name of the person you want to put forward as your hero.

Nominations close on 8 May, 2014, so make sure you get your entry in so your hero gets the recognition he or she deserves.

For more information, visit rbs.co.uk/realheroes or get involved on Twitter #scotlandsrealheroes.

Just a few things to bear in mind:

Sporting Volunteer of the Year 2013

Alan Soutar - for setting up the Angus Darts Academy in Arbroath and coaching its members.

Young Community Champion of the Year 2013