RBS Chief Executive Ross McEwan answers questions that examine how RBS has dealt with some of the biggest issues for our company in 2013. 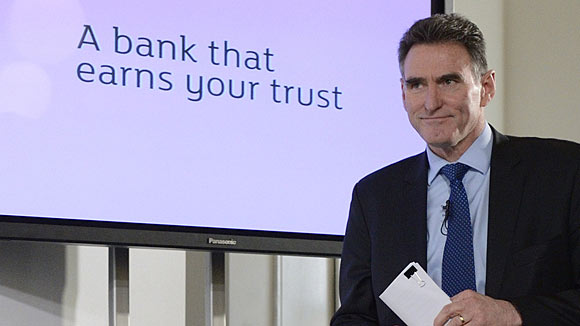 Q. You took up the post of RBS Chief Executive on 1 October 2013, towards the end of another challenging year for the finance sector. What would you say were the biggest issues faced by RBS in 2013?

A. Legacy issues like London Interbank Offered Rate (LIBOR), Payment Protection Insurance (PPI) and Interest Rate Hedging Products (IRHP) are still being worked through, which is a constant reminder of the necessity of the work we are undertaking to strengthen our culture. I’m confident that will drive much better conduct, which in turn will underpin our efforts to become far more customer focused.

At the moment we’re a long way from being the great customer bank that we are striving to become, and that was evidenced by a couple of issues in 2013.

A failure in our IT systems in December caused major inconvenience to customers, which was simply unacceptable. While the measures we’ve taken to improve the stability and resilience of our systems meant the problems were much less severe than we experienced during the IT incident of 2012, we can’t tolerate that kind of disruption for our customers. That’s why we are investing heavily in making sure such events won’t happen in the future.

In November we also had the publication of Sir Andrew Large’s report, commissioned by us, into how we deal with our small and medium-sized enterprise (SME) customers. It made for uncomfortable reading, and we have agreed to act on its recommendations. We are the UK’s biggest business bank, but we also want to be the best.

Also relating to how we deal with our business customers was a report by Lawrence Tomlinson in which he alleged that we have been systematically seeking to profit from customers in distress. I have said repeatedly that we see no evidence to support that claim, and alongside asking the legal firm Clifford Chance to review the allegations, we have welcomed the Financial Conduct Authority’s decision to look into the report’s findings.

Q. What has been done to address the challenges RBS faced in 2013? In what areas has RBS made the most progress? How are you building a more sustainable RBS?

A. In November we set out some important steps to strengthen our capital position, including the creation of a so-called internal “bad Bank” to focus on the divestment of our worst performing assets. While this meant accepting a negative short term impact on our bottom line, it will give us a much stronger capital base in the longer term. The expectations of our regulators on this are clear and it was important to give all our stakeholders that confidence so we can spend more time concentrating on our customers.

An example of this is our participation in the UK Government’s Help to Buy scheme which allowed us to offer mortgages to people struggling to access the housing market. We also became the first bank to receive a five-star award from the Fairbanking scheme.

While there was more scrutiny of the sector on pay in 2013, the overall bonus pool fell by 15% compared with 2012, and I have said we will do more work to make sure that reward at RBS is closely linked to how well we serve our customers.

Within the bank we’ve also been examining our values and culture as we seek to become much more outward looking. That has included the introduction of a simplified code of conduct and a simple test we call the YES Check, aimed at ensuring our people apply high standards to their decision making.

The good work that’s been done in recent years to minimise our environmental and social impacts has continued as we’ve introduced more sector specific Environmental, Social and Ethical (ESE) risk policies, with others in the pipeline. We’ve also sought to build on our position as the UK’s biggest lender to renewables projects with a market leading service for businesses that want to better manage their energy use.

These achievements contributed to our inclusion once again in the Dow Jones Sustainability Index with our highest ever score.