As the 2014 RBS 6 Nations Championship comes to a close, RBS has calculated that it is not only rugby fans who have benefitted from the past 6 weeks but the economies of the participating nations have received a boost to the tune of £375 million from the people who visit for matches. 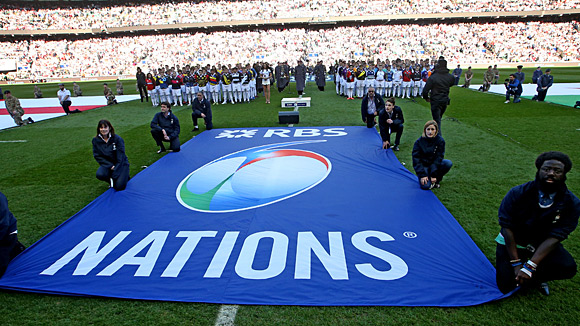 Of 3,100 new jobs in participating countries, 2,170 are from spending by spectators' friends and family who travel to host cities but do not attend matches

Of significance to hotel and bar owners is that this economic boost of £375 million comes at what is traditionally a quiet time for tourism. In Edinburgh alone, RBS has estimated that occupancy rates in hotels jumps by almost one quarter with the local economy benefiting from an additional £33 million as the army of supporters flow into the city from home and abroad.

As was the case in all cities hosting games, the main sectors of the economy to benefit from the RBS 6 Nations were the food and drink and accommodation sectors. RBS estimates that supporters are likely to spend as much as:

Stephen Boyle, Head of RBS Economics said, “The RBS 6 Nations is more than just a tournament with 15 games of rugby. The boost to the local economies and the businesses is very real, especially during what is usually a quiet time in the tourist season.”

Of the 3,100 jobs generated in the participating countries, 2,170 result from spending by spectators and their friends and family who travel to host cities but do not attend matches. 100 are roles at the stadia.

TV viewing figures have grown dramatically since RBS started sponsoring the tournament in 2003. The final weekend’s games attracted a total TV audience of nearly 26 million last year. Th the Wales v England match entertained a TV audience of 8.7 million on the BBC, the highest TV audience figure throughout the tournament across all the six nations’ broadcasting channels.

In addition to the economic activity supported by visitors, the competition attracts revenue from sponsorship, tickets/hospitality and media rights which generate additional economic benefits.