It’s as if the crisis and recession had never happened. According to the independent Office for Budget Responsibility (OBR), the UK will grow at close to its long-run average for the next five years: never less than 2.3%, never more than 2.7%. Employment rises to record levels, unemployment falls below 5.5% in 2018 and real wages start to increase this year. All this with inflation at the 2.0% target. Here’s hoping they are correct. 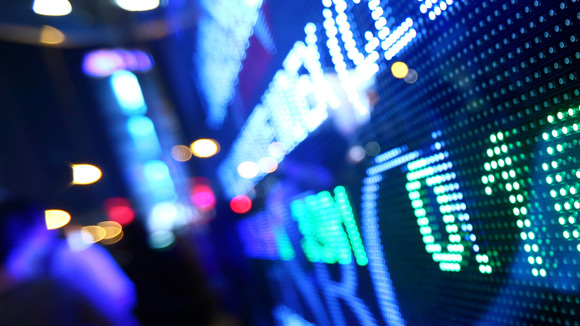 Low interest rates are a pillar of UK economic policy. But not a risk-free strategy.

Sticking to the plan

Still-troubled public finances and an unbalanced recovery provided the Budget backdrop. Government will borrow more than £95bn in 2014-15, so austerity continues. The OBR reckons it will be 2017-18 before the annual budget is back in surplus. Debt is expected to peak at 78.7% of national income in 2015-16, down from 85.6% a year ago. Incentives for investment and support for exporters, along with measures to encourage saving, were designed, among other things, to tilt the balance of activity away from consumption.

Public finances back up OBR forecasts

Budget week is always dominated by big numbers and February's public finance data provided a few more. Public sector spending was £7.9bn higher than taxes received last month, bringing the deficit over the fiscal year to £99.3bn. With just one month to go the OBR forecast of £108bn for 2013-14 looks secure. If spending and receipts are as expected in March it will mean the deficit has closed by £6.4bn this year. That's a move in the right direction, but it underlines just how far there is to go before deficits become surpluses.

Low interest rates are a pillar of UK economic policy. But not a risk-free strategy. Last week, Bank of England (BoE) Governor Carney said, "vulnerabilities can emerge from a long period of unusually low interest rates, as complacency sets in about the future path of policy and asset prices." He made a similar point in 2009, when at the Bank of Canada. The fact that he chose to reiterate it underlines a growing uneasiness about rapid house price growth. None of this changes the interest rate outlook: monetary policy will be used only as a last resort to mitigate financial stability risks. But it shortens the odds that the Bank will tell lenders to put more money aside to cover expected future losses on mortgage loans if the housing market accelerates much more, which would probably dampen lending growth.

The US Fed continued to taper its asset purchase programme, again reducing it by $10bn per month to $55bn. It also changed how it offers forward guidance. No longer will decisions about interest rates be tied to thresholds for the unemployment rate or other indicators. Rather, like the BoE, the Fed has shifted to qualitative guidance. Markets reckon that has brought the first Fed Funds rate rise a little closer. But, again like the BoE, the Fed made it clear that even when rates start to rise they will remain low by historic standards for many years.

While UK unemployment remained steady at 7.2% last month, more of us are working than ever before. Employment is growing, in particular, in the professions, administrative jobs and health and social work. Even manufacturing jobs increased by 17,000 in the past three months. The number of new people signing-on is at lowest since 2008, while the gap between pay growth (1.4%y/y) and inflation (1.9%y/y) is narrowing. Construction workers, manufacturers and people working in shops, hotels and coffee shops saw pay rise by more than 3% last year.

German investor sentiment fell to its lowest level since August as political uncertainty threatens to weigh on the recovery. The ZEW index, a gauge of confidence over the next six months, fell from 55.7 in February to 46.6 in March after reaching a seven-year high of 62 in December. But it’s not only the Crimea situation that worries German investors. A strong euro, the slowdown in China and the risk of deflation in the Eurozone are also on the list of concerns.

A Budget for graphene

We’ve mentioned recently the increasing importance of intangible investment. The Budget acknowledged that with plans for a new Turing Institute – which will specialise in big data and hard maths – and measures to support the commercial exploitation of innovations like graphene. Compared with incentives for capital investment, the sums involved are small but they are potentially very significant for our long-term prospects.