RBS Citizens Financial Group, Inc. (“RBSCFG” or ‘the Company”) announced today that the Board of Governors of the Federal Reserve (“Federal Reserve” or “The Fed”) has completed its review of the company’s 2014 capital plan and objected to certain qualitative aspects of the plan. 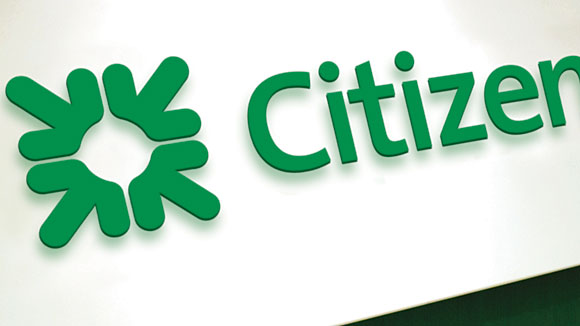 The Federal Reserve did not object to RBSCFG’s continuation of capital actions at a level consistent with those executed in 2013. The CCAR results follow the Federal Reserve’s March 24, 2014 publication of Dodd-Frank Act Stress Test (DFAST) results. In that test, across every category, RBSCFG’s projected capital ratios ranked in the top quartile of the 30 largest bank holding companies under the hypothetical Supervisory Severely Adverse Stress scenario.

“RBSCFG continues to be one of the best-capitalized banks in the industry and we’re pleased to be able to continue normalizing our capital structure, through dividends and subordinated debt exchanges with our parent at the same pace as last year,” said Bruce Van Saun, RBSCFG Chairman and Chief Executive Officer. “We clearly have more work to do to meet the Fed’s standards, and we’re fully committed to doing that.”

RBSCFG’s 2014 Capital Plan was designed to ensure a strong capital position at RBSCFG, provide adequate returns to its shareholders, and normalize its capital structure.

Projected capital ratios through Q4 2015 in the severely adverse scenario

Note: these projections represent hypothetical estimates that involve an economic outcome that is more adverse than expected. These estimates are not forecasts of capital ratios. The tables include the minimum ratios assuming the capital actions originally submitted in January 2014 by the BHCs in their annual capital plans and the minimum ratios incorporating any adjustments to capital distributions made by BHCs after reviewing the Federal Reserve's stress test projections and original planned capital distributions for those BHCs that did not make adjustments. The minimum capital ratios are for the period Q4 2015 and do not necessarily occur in the same quarter.

RBSCFG also announced today the disclosure on its website of its company-run stress tests for RBSCFG and its subsidiary insured depository institution, RBS Citizens, N.A. This disclosure is required under the Federal Reserve’s Stress Test Final Rule in accordance with the DFAST regulation (12 CFR Part 252).

RBS Citizens Financial Group, Inc. is a $122 billion commercial bank holding company. It is headquartered in Providence, R.I., and through its subsidiaries has approximately 1,400 branches, over 3,500 ATMs and more than 18,000 colleagues. It operates a branch network in 12 states and has non-branch retail and commercial offices in more than 30 states. Its two bank subsidiaries are RBS Citizens, N.A., and Citizens Bank of Pennsylvania. They operate a branch network under the Citizens Bank brand in Connecticut, Delaware, Massachusetts, New Hampshire, New Jersey, New York, Pennsylvania, Rhode Island and Vermont; and the Charter One brand in Illinois, Michigan and Ohio. RBSCFG is owned by RBS (the Royal Bank of Scotland Group plc). RBSCFG’s website is citizensbank.com.