Commentary on the 2014 Budget from our Economics analysts. 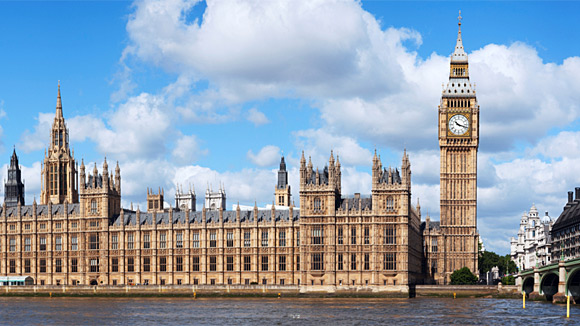 As fiscally neutral a Budget as you could get

“We set out our plan”

When he spoke in Hong Kong last month, the Chancellor said his priorities were fixing the public finances and rebalancing the economy. He made good on these today. Austerity will continue for several years to come and there were incentives to boost savings, exports and business investment. But despite 56 separate measures, and a number of giveaways, this was as fiscally neutral a Budget as you could get, costing a net £130 million over five years.

“Let me turn to today’s forecasts”

The Office for Budget Responsibility (OBR) revised up its forecasts for economic growth in 2014 from 2.4% at the time of last December’s Autumn Statement to 2.7%. There was also a very slight upward revision to expected growth in 2015 to 2.3% and the economy is expected to continue to grow faster than its long term potential growth rate of 2.2% from then on.

The OBR reported several risks to the outlook. First, the ratio of household debt to income is expected to approach 2006/07 levels by 2019. Second, productivity may not pick up as quickly as anticipated, meaning that average earnings growth may suffer. Third, monetary tightening in the US may lead to increased interest rates elsewhere. Finally, there is still the risk that our old friend, troubles in the Euro Area, could flare up again.

The OBR reaffirmed its December view that the recovery in the deficit thus far has been mainly down to an improving economy. It again reported a slightly weaker forecast for the structural deficit (i.e. that part of the deficit which will remain when the economy is back to full health). But there was good news for the Chancellor as debt is now expected to peak to 78.7% of GDP in 2015/16, rather than 85.6% in 2016/17 expected at the time of last year’s Budget.

“A cap on welfare bills”

In December, the Chancellor said he would cap spending on most parts of the welfare budget but leaving out the state pension and Job Seeker’s Allowance. Today he set the figure for 2014-15 at £119 billion. Parliament will be asked to approve this next week. Its importance to the public finances is that without constraints on welfare spending there will be additional deep cuts in the sums available for public services in the next Parliament.

The costliest change announced today was an increase in the personal income tax allowance to £10.5k as of April 2015 along with raising the starting point for the 40p rate.. The annual investment allowance (which applies largely to new machinery and software) will rise to £500k until the end of 2015. However, as with many temporary measures, this looks increasingly permanent – or at least hard to stop. Savers will benefit from the increased annual allowances for ISAs (up to £15k) and Junior ISAs (up to £4k). So who pays for this? First, the government is introducing a series of measures to clamp down on tax avoidance. Second, there will be more curbs on public sector pensions as well as a change to the tax rate on withdrawals from defined contribution pensions from 55% to the relevant marginal rate of income tax.

Further announcements included an extension of the shared equity Help to Buy scheme (which applies to the purchase of new builds only) to 2020; an increase to £3bn in available lending by UK Export Finance to companies that wish to sell overseas; regional measures such as £270mn for the Mersey Gateway Bridge, £140mn to improve flood defences and £200mn for a new garden city in Ebbsfleet.