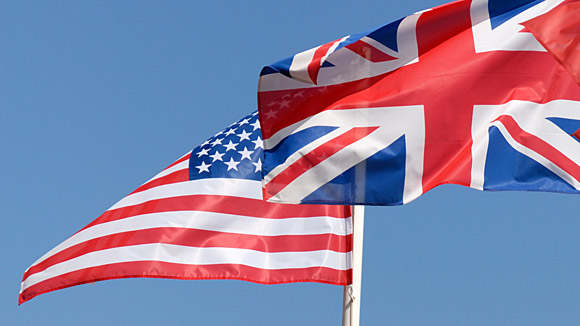 Welcomed growth on both sides of the pond

Solid growth in final quarter of 2013

The UK economy grew by 0.7% in the three months to December, down a touch from 0.8% in the three months to September. This lifted growth for the whole of 2013 to 1.9% - the fastest since 2007. Most sectors are getting in on the act, though 'Distribution, Hotels & Restaurants' stands out, notching up a rapid 4.7%y/y and confirming the starring role of the consumer in the recovery. On its current trajectory, the UK economy will eclipse its pre-crisis peak in Q2 2014, which would be a major milestone.

Mortgage approvals hit 71.6k in December, up a whopping 29% on the year and the largest number since the start of 2008. Gross mortgage lending grew rapidly, too, up 39%y/y, but this surge was matched by increased repayments. So overall, balances only grew 0.9%y/y. Meanwhile, the consumer credit recovery continued apace, with 2013 seeing consistent growth in credit card borrowing, overdrafts and personal loans.

Taking with one hand...

New borrowing by UK businesses increased significantly in Q4 2014, by 19% for SMEs and 18% for large corporates. However, the total amount of loans outstanding fell by 1.8%q/q as companies paid back more than they borrowed. The increase in new lending reflects the continued improvement in credit conditions more generally, as reported by the recent BoE’s credit conditions survey and the Deloitte’s survey of CFOs.

US GDP grew at an annualised rate of 3.2% in the fourth quarter of 2013, down from 4.1% in Q3. Export growth was 11.4%q/q while residential investment bucked its recent strong run (-9.8%q/q) and the government shutdown knocked almost 1% off GDP. The US economy is 6.5% bigger than before the crisis and it has rebalanced, too. Exports are up more than 20% but imports by less than 5%. Property investment is down sharply but investment in intangible assets like intellectual property is almost 15% higher. Government is 2% smaller than in 2007.

Ben Bernanke checked out of the Fed last week, chairing his final Federal Open Market Committee meeting. It was steady as she goes, with a further $10 billion per month reduction in the quantitative easing programme and a reiteration that interest rates will be low for some time yet. Inflation remains subdued, with the measure that focuses on personal consumption rising only 1.1%y/y in December. There is certainly inflation in the housing market. Prices grew 0.9% m/m in the three months to November according to Case Shiller and the 14%y/y rise was the fastest since February 2006.

Prices rose by just 0.7% in the euro zone last year, well under the European Central Bank's (ECB) target of below, but close to 2%. With 12% unemployment and inflation weak we would normally expect policymakers to cut rates aggressively, but these are far from normal times. Under President Mario Draghi the ECB has already cut rates to 0.25%. Whilst further rate cuts are possible the ECB might be tempted to intervene directly in bank funding markets and by doing so help ease financial conditions in periphery countries. Either way it will be hoping that the Q4 GDP data show a stronger euro zone recovery in two weeks time.

Emerging market volatility continues with South Africa, India and Turkey being forced to raise interest rates to stem slides in their currencies. Fears over the impact of tighter US monetary lie behind the latest stress. But country specific factors are also at play, with various combinations of political strains and economic mismanagement. The actions taken this week may have brought a little stability but it's likely to remain uncomfortable for a number of countries for some time. See our recent analysis on this issue.

Why have UK real wages fallen almost continuously since 2008, the longest sustained fall since at least 1964? Inflation has played a part as has the shift towards more part-time jobs, which tend to pay less. Items other than wages – like pension contributions – take up a higher share of employment costs. But an important cause has been the shift from manufacturing to services. That’s technology for you. It’s a trend that started long before 2008 and it’s not going away.

While hardly a stellar performance it was welcome confirmation that a decent recovery is underway. The US, too, grew by 1.9%. Interest rates remain at crisis settings in both countries and their central banks confirmed last week that they would stay there for some time to come.