On Friday RBS CEO Ross McEwan met in London with customers, staff and representatives from business groups to discuss the service the bank provides to UK businesses. 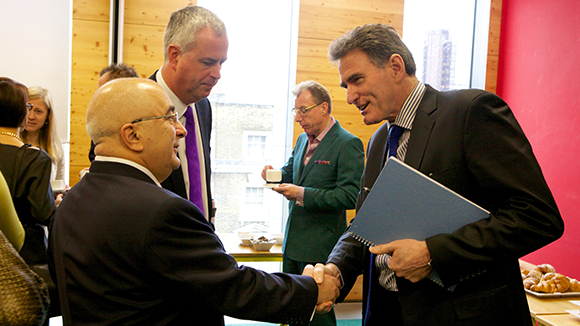 Mike Kapur, SME Chair for the Confederation of British Industry, asked how RBS was going to become more transparent about its lending decisions, especially when an application was rejected.

McEwan said RBS needed to speed up making credit decisions, to allow customers sufficient time to make alternative applications if necessary. He added: “We also need to be quite clear about what information we need, and what could be done to change that [negative] decision.”

Roger Southam, managing director of Chainbow, an estate management services company, criticised the bank’s charges, and claimed that hefty margins earned through business customers were being concealed by losses elsewhere in RBS.

McEwan agreed that transparency about charges was “terrible in the industry, not just RBS”. He said that his vision was to find all the necessary details about a product on one piece of paper that he could read “without glasses”,  and that in the next 12 to 24 months RBS aimed to become the industry leader on charges.

Rupa Ganguli, Managing Director of Spinna Women’s Network, was one of several people at the meeting who complained about the length of time it took to open a business current account. Calling on McEwan to reduce the bureaucracy involved, she said that when she had tried to open an account for her own business, she had been sent in circles.

McEwan admitted the bank had a lot of improving to do when it comes to opening business accounts. “I put myself through this experience and it is just too hard. We need to do a lot better - stop blaming anti-money laundering and just get on and fix it.”

RBS is putting 300 relationship managers back into the branches to improve service for businesses, he added. The bank would also make use of technology where appropriate to make services more cost effective and efficient.

During the session Ross heard directly about the concerns customers have and signalled plans to make business banking more efficient and more transparent.

The event itself was part of a series in the lead-up to the bank’s new plan, which Ross will present next week. Ross has met with customers and staff around the country over the last five months to help shape the plan for the bank’s future.