Britain’s consumers stuck to window shopping in January, as retail sales slipped. Yet smooth out the month-to-month fluctuations and there has been strong progress over the last year. The same is true in the job market. 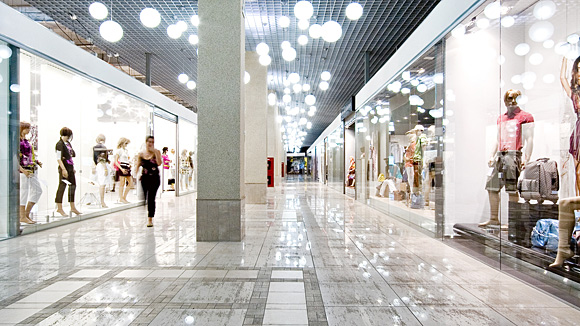 A quiet January for the retail sector, but this needs to be kept in perspective

Headline unemployment ticked up, but more people moved into work and the longer-term story is of falling unemployment. And all this at a time when even the Hubble Telescope would struggle to detect inflationary pressure. Productivity growth is the missing piece in the recovery’s jigsaw. Could ‘intangible’ investment be the answer?

UK retail sales: down but definitely not out

The volume of retail sales fell by 1.5% m/m in January, but bear in mind that followed a super-charged 2.5% in December, so needs to be kept in perspective. The longer-term view is remarkably positive, with y/y growth at 4.3% in January '14, up from -1.2% in January '13. This is a huge turnaround for the retail sector. Household goods stores have been a driving force behind this change, with y/y growth of 9.8% in January - the fastest since July 2007, which is consistent with the latest crop of data from the housing market.

UK inflation: nothing to see here

The absence of price pressures in retailing was also remarkable. Retailers’ prices rose by just 0.2% y/y, the weakest outturn since 2009, with outright declines in many categories. More generally, consumer prices rose 1.9% y/y in January, down from 2% in December. Smaller rises in alcohol, furniture and recreation all contributed. And there are few signs of inflationary pressures ahead. Producer prices rose just 0.9% y/y in January with the price of materials and fuels bought by UK manufacturers falling over 3% y/y.

Almost 200k more people found work in the three months to December. Over 2013 as a whole, employment grew by over 400k, almost all of them full-time posts. Although unemployment nudged up to 7.2% compared with 7.1% in the three months to November, the way the numbers are calculated means the better comparison is with the three months to September when the rate was 7.6%. Pay remains the sticking point: unless you’re Wayne Rooney, wages are rising by around 1% y/y, well behind prices.

UK house prices have been rising faster of late. And the party is not just confined to London. That, at least, is the message from the latest Rightmove report. Asking prices were up 6.3%y/y, with London, South East, East and East Midlands all increasing faster than the national average.

The UK's budget deficit in the 10 months to January was £90bn, lower than the same period last year, but only by £4bn. You might have expected a bigger improvement, given stronger growth in 2013. But the shape of this recovery means it is slow to affect the deficit. Taxes on spending and production (think VAT) are doing well, pulling in 5.4% more this year. But despite the big rise in jobs, weak wage growth means that taxes on incomes are only up 3.2%.

Eurozone Composite PMIs fell slightly from 52.9 in January to 52.7 in February, but at least this marked the eighth month running above the 50-mark. Germany was, again, the star performer, and growth was firm in the periphery too. France was the big disappointment, with activity falling for the fourth consecutive month. The risks of France returning to recession in Q1 are rising.

New financing into China's economy, including bank loans, corporate bonds and part of the shadow banking sector, was £255bn in January, roughly twice the GDP of Ireland. Although traditionally a strong month for new financing the figure is surprising given the authorities’ efforts to cool credit growth. China's credit boom remains one of the key concerns for the global economy. The longer it goes on, the harder a happy ending becomes.

According to the ONS (PDF), in 2012 the average UK worker produced in five days what other rich countries’ workers produced in four. Low investment in physical capital has long been fingered as a cause of weak UK productivity. Increasingly, however, growth is driven by investment in the likes of training, designing services and creating software. The UK is strong in this intangible investment. When statisticians start including it in the accounts UK productivity will look better. More importantly, intangibles are increasingly important for business success and national prosperity.