Emerging markets have moved to centre stage since the turn of the year. The deluge of money that flowed to them on the back of the US Fed’s quantitative easing programme is heading home. 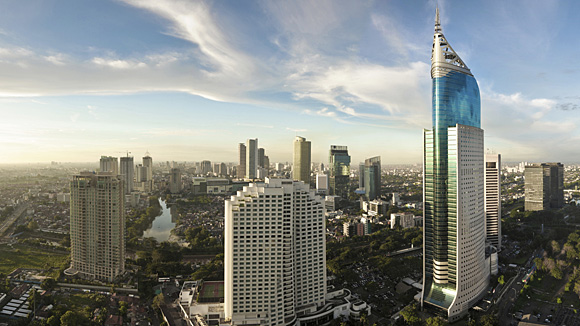 A series of crises hit Mexico, Russia and many Asian economies in the 1990s

Combined with country-specific political instability and macroeconomic mismanagement, this has prompted falls in currencies and forced rises in interest rates. Will we see a re-run of the 1990s? A full-blown crisis seems unlikely, because most countries are in better financial shape than they were back then. But if recent years have taught us anything, it’s not to be complacent about what we think we know.

This turbulence has stirred memories of the 1990s when a series of crises hit Mexico, Russia and many Asian economies. Then, as now, the US Fed had adjusted its policy course leading to higher interest rates, prompting capital to move from emerging markets back to developed economies. Emerging markets matter much more now than then. They account for just over 50% of global output compared with around one-third 20 years ago.

In the main, emerging markets are in better shape financially and better able to withstand external shocks. 1990s-style crises are unlikely but we can expect continued pressure on currencies, falling asset prices, weaker growth and even recessions over the next couple of years in many emerging markets. This will be the downside of the Fed gradually bringing quantitative easing to an end and (eventually) interest rates back toward more normal levels.

And what about China?

Just like other emerging markets, China’s debt levels have exploded since the financial crisis and the clean up process is now beginning. In recent weeks, more signs of stress have emerged in the country’s shadow banking sector. China’s government is attempting to rein in credit growth without inducing a crash in economic growth – a difficult balancing act to say the least.

How close is the US to raising rates?

The Fed has said it would consider raising interest rates when US unemployment falls to 6.5%. With the rate reaching 6.6% in January that’s getting mighty close. However, the US added 113,000 jobs in January, a weak performance by its standards. The UK is adding almost as many jobs despite having a far smaller population. So, Janet Yellen, Chair of the Governors of the Federal Reserve, will likely adjust the guidance on the outlook for interest rates to avoid rises any time soon.

Warming-up for next month’s UK Budget, the Institute for Fiscal Studies said austerity is almost half done. Most planned tax rises have been implemented – 85%. But there is much further to go on spending cuts with 60% of those still to come. These will mainly be cuts to current spending as 90% of investment cuts have been made. Capacity concerns? Another month, another set of healthy-looking UK activity numbers from the Purchasing Managers’ Indices. Construction was the star performer, seeing its sharpest output rise since August 2007. It wasn’t just housebuilding; commercial construction and civil engineering also grew at a gallop. But all this growth is maybe leading to a bit of a problem – bottlenecks. And not just in construction: service sector businesses reported problems finding suitable staff. If capacity fails to increase two things will happen: growth will slow and the Chancellor is going to have to get very austere indeed.

The UK's trade gap fell to "only" £1.0 bn in December. That is one of the best monthly outturns over the past 10 years, and was driven by both an increase in exports and a decrease in imports. The one caveat to this welcome development is the extreme volatility of the trade data. The deficit for 2013 as a whole was slightly lower than in 2012 (£29.9 bn from £33.6 bn) but offered no meaningful improvement on the average over past five years. Rebalancing remains elusive.

Both the European Central Bank (ECB) and the Bank of England left rates on hold in February, but we expect them both to alter their forward guidance policies shortly. The ECB is guarding against very low inflation, now at just 0.7%. Whilst the Bank of England will use this week’s Inflation Report to set out its view of the outlook for the UK.