The Royal Bank of Scotland Group plc (“RBS” or “the Group”) will announce its full year results on 27 February 2014. 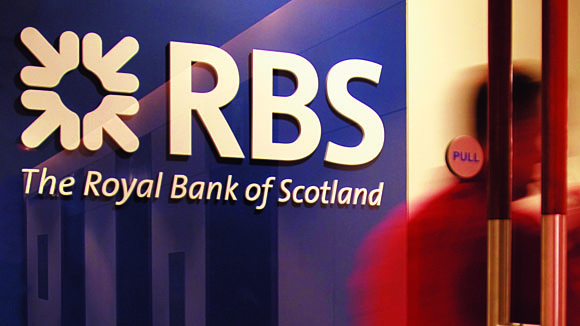 After five years of hard work and tough choices, the path ahead for RBS is much clearer

At its Q3 2013 results, RBS announced its intention to create RBS Capital Resolution, which was established on 1 January 2014. To reflect this new strategy, RBS recognised additional impairments and asset valuation adjustments in Q4 2013. In aggregate these are expected to be in the range of £4.0 to £4.5 billion as previously announced on 1 November 2013.

Non-Core asset reduction was accelerated in Q4 2013. As a result, Third Party Assets at 31 December 2013 were below previous guidance of £35 billion. The cost of this faster de-risking process will be reflected in the division’s operating loss for Q4 2013.

Q4 2013 Core operating expenses include c.£200 million of additional provisions for various conduct related and legal expenses, in addition to those detailed above.

The figures quoted in this statement are preliminary estimates and unaudited. The normal year end results processes are currently underway. The RBS Full Year 2013 Results and Strategy presentation will be held on 27 February 2014 and available to view via webcast at www.investors.rbs.com/financial_result

“At the peak of the financial crisis, RBS was the biggest bank in the world. When the crisis broke the bank was involved in a number of different businesses in multiple countries that have subsequently faced heavy scrutiny by customers and regulators. The scale of the bad decisions during that period means that some problems are still just emerging. The good news is we are now a much stronger bank and can manage these costs while still supporting our customers.

“Billions of pounds have been spent to resolve conduct and litigation issues in recent years. Costs on this scale were not predicted by anyone when RBS was rescued in 2008. They come in addition to the costs of restructuring the bank's bad assets and restoring its funding to prudent levels after the financial crisis. They were a key reason we took the difficult decisions to reset our capital position last November.

“After five years of hard work and tough choices, the path ahead for RBS is much clearer. We have restored our fundamental soundness and have the financial strength to deal with issues like this. We will now become a much simpler, more effective bank for our customers and shareholders.

We are now well advanced in our efforts to deal with those things that distract us from building a better bank for customers, employees and shareholders.  I am confident that we will build a great bank for the UK and I will have more to say on this in the coming weeks.”

This release contains ‘forward-looking statements’ as that term is defined in the United States Private Securities Litigation Reform Act of 1995. Forward looking statements are statements that are not historical facts and can be identified by the use of forward-looking terminology such as statements that include the words ‘expect’, ‘estimate’, ‘project’, ‘anticipate’, ‘believes’, ‘should’, ‘intend’, ‘plan’, ‘could’, ‘probability’, ‘risk’, ‘Value-at-Risk (VaR)’, ‘target’, ‘goal’, ‘objective’, ‘will’, ‘endeavour’, ‘outlook’, ‘optimistic’, ‘prospects’ and similar expressions or variations on such expressions or by the forward looking nature of discussions of strategy, plans, targets and intentions. .