Not so mellow for Yellen - Economics weekly

Not so mellow for Yellen - Economics weekly

When Britain's Labour Party lost the 2010 general election, outgoing Chief Secretary to the Treasury, Liam Byrne, left a note for his successor, which read "I am afraid there is no money. Kind regards - and good luck!" 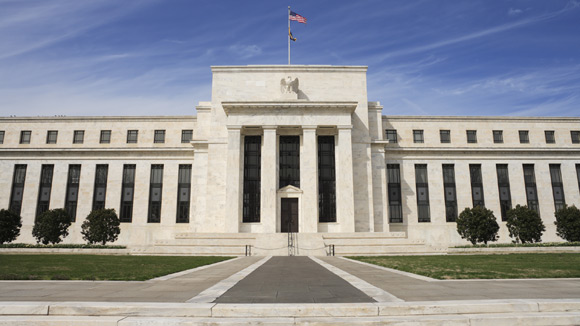 What will Ben Bernanke say as he hands the keys of the US Fed to Janet Yellen?

We don't know what Ben Bernanke will say as he hands the keys of the US Fed to Janet Yellen, but she inherits an economy where growth stuttered at the end of last year. In Britain, we had more evidence of strengthening confidence and demand, although retailers' Christmas trading statements showed again that a rising tide is not floating all boats.

US labour market leaves the Fed with some thinking to do

The US economy added only 74,000 jobs in December, less than half the monthly average in 2013. On the bright side, two million more people are in work than a year ago, not bad for an economy undergoing a lot of fiscal tightening. But the labour market is far from healthy. Most of the half million fall in unemployment in December was people giving up looking for work, not finding jobs. So, the unemployment rate drop from 7.0% to 6.7% gives the Fed a headache: it was the wrong kind of fall. Until recently it had sign-posted 6.5% as the point at which it would start to raise interest rates. Will the Fed alter its forward guidance to avert an early rate rise?

US services give little support to Fed hawks

The pace of service sector growth in the US slowed in December for the third time in four months, said the Institute of Supply Management. At 53.0, its survey pointed to continued growth, but the reading was down 0.9m/m. A sharp slowdown in new orders was the main culprit, with that indicator falling sharply and into contraction territory for the first time since mid-2009. More encouragingly, the employment index rose 3.3m/m to 55.8.

UK companies set to expand, invest and hire in 2014

Expansion is higher up the agenda than at any time for 2½ years, according to Deloitte's survey of Chief Financial Officers (CFOs). First, finance conditions are benign. Bank borrowing, and bonds and shares are all attractive and expected to increase in 2014. Equity issuance in particular has made a real comeback. Second, uncertainty about economic and financial conditions has fallen sharply. But let's not get carried away. CFOs still think uncertainty is higher than "normal", so there's still a place for defensive strategies like cost reduction. The Monetary Policy Committee (MPC) may have left rates on hold at its January meeting, but CFOs don't think they will wait too much longer. Most expect a Bank Rate rise by mid-2015, and almost a quarter expects a hike in 2014.

Confidence in services remained sky high in December despite a fall in the Purchasing Managers' Index to 58.8, from 60.0 in November. This was a six-month low but still suggests a very strong rate of growth. The volume of new work continued to increase strongly in December on the back of increased optimism and clients willing to move ahead with orders. And respondents expect this to continue. Confidence in the sector hit its highest level in almost four years, with more than half of respondents expecting business activity to expand through 2014. And with services growth centred on business facing sectors, rather than consumers, this could ease concerns of a debt-fuelled recovery.

Get your motor runnin'

Car registrations rose almost 11% last year to 2.3m, the highest level since 2007, according to SMMT, a trade body. Private buyers drove growth, steering 16% more cars out of showrooms than in 2012 providing more evidence of strong consumer confidence. White van man hit the highway, too, with commercial vehicle registrations up by 15%. The surge in trucks and vans towards the end of year could give a boost to Q4's investment numbers.

Was how the British Retail Consortium described 1.8%y/y sales growth in December. But it wasn’t fair shares all round. Waitrose reported 3.1%y/y growth in the Christmas period and Marks and Spencer’s food sales were up 4.1%y/y. It looks as if Aldi and LIDL fared well, too. In contrast, some big names struggled. Their strategies and management decisions will explain part of the differences in firms’ performances. But the UK recovery isn’t floating all boats equally, which means increasing opportunities for value and premium brands, and challenges for mid-market operators.

ECB ready to act, but not yet!

Flirting with deflation. Unemployment stuck at a record-high 12.1%. The European Central Bank (ECB) still faces major challenges and left rates unchanged at 0.25% last week. But it isn’t relaxed about the outlook. President Draghi insisted that monetary policy will remain accommodative for a long time. The ECB may cut rates further if either the inflation outlook deteriorates, or the rates at which bank lend to each other rise significantly. Despite recent PMI surveys suggesting that growth gained some traction at the end of last year, Draghi reminded us that the crisis is not over.