Franchising businesses across the UK have reported record highs in turnover and full time employment according to the 2013 NatWest British Franchise Association Franchise Survey. 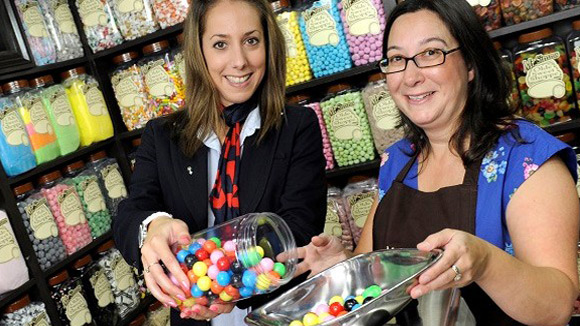 The research, which has looked at the five years since the country entered recession in 2008,  shows 20% growth in the sector compared to a 2.5% contraction in the overall economy during the same period.

The survey calculates that the sector contributed some £13.7bn, or just under 1% of UK GDP, to the economy in the last 12 months.

More than 250,000 full-time jobs were recorded for the first time in UK franchise history, with total employment including part-time jobs in excess of 560,000, an increase of 20% over the last five years.

With around four out of every five brands that operates a franchise model in this country being UK-owned, domestic success is translating into export success with one in four expanding their business model abroad.

Franchisors expect their growth to continue through 2014, with almost nine out of 10 stating they believe trading conditions will improve in the coming year.

Impressive long-term trends continued at the franchisee level too, with 92% reporting profitability and one in four running multiple outlets, reflecting a maturing and growing industry. Of those new to the industry (up to two years), 80% are already turning a profit.

Graeme Jones, Head of Franchising at NatWest, said: “Franchising in the UK continues to deliver real benefits for the economy and the growth achieved over the past five years is a standout achievement.

“Optimism remains high, underpinned by profitable trading and opportunities both here and overseas.  In the 30 plus years that NatWest has had a specialist franchise team, this is the most robust set of results from our annual survey and we are delighted to continue our support for the sector.”

Offering a wide range of traditional sweets and American candy, from chocolate limes and Bon Bons to speciality fudge, toffee, liquorice and chocolates, the Farnham Mr. Simms Olde Sweet Shoppe is the town’s only dedicated sweet shop, has created two jobs and is expected to produce a turnover of £130,000 in the first year.

Fearnley secured a £22,000 small business loan from NatWest through the Government’s Funding for Lending Scheme. This has been invested in the franchise cost, including a shop fit and initial stock.

Fearnley says: “I’ve always wanted to run my own sweet shop but wanted the security of it being a franchise so I would have the business support behind me; Mr. Simms is perfect and ticks all the boxes. NatWest was altogether very positive and supportive which was a big confidence boost.”

Brian Smart, Director General of the British Franchise Association, said: “UK franchising offers thousands of people each year the opportunity to take on their own sustainable business, in turn creating employment for many thousands more – a success that has continued through hard economic times while other parts of the economy have struggled.

“The exceptional performance of the franchise sector since 2008 augurs well as the UK returns to business growth and prosperity.  There are now nearly 1,000 franchise brands operating in this country across multiple business sectors, offering plentiful opportunities for those undertaking the necessary research and due diligence to join the franchise success story.”

At a regional level, the franchise model has confounded economic trends even in some of the areas worst-hit by economic difficulties over the previous five years. Every part of England and Wales recorded growth in franchise turnover, with Wales increasing by 33%, the north west by 27% and the north east by 14%. The south east continues to lead the way with a remarkable 42% growth since 2008.

Businesses can access NatWest’s dedicated franchise team by calling 0800 092 9117. For educational guidance and resources on all aspects of franchising, visit www.thebfa.org