Flood victims get back to work with help from RBS

Flood victims get back to work with help from RBS

When a tidal surge wrecked the car park of the Poacher’s Pocket, pub landlords Caroline and Gary Stubbs faced losing days, if not weeks of trade. 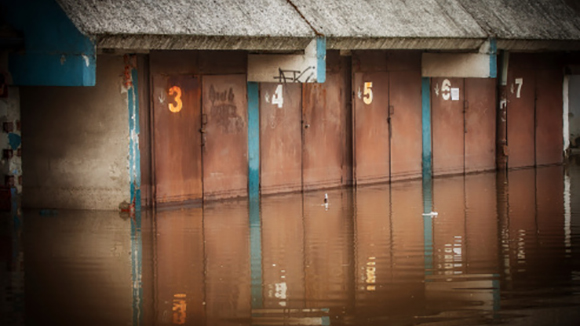 But an immediate offer of help from their RBS relationship manager Mike Roll has helped the couple get their business back into working order while they wait for their insurer to process their claim.

The Stubbs are just two of many business customers that RBS has supported as weeks of stormy weather has taken their toll, battering business premises and causing flooding. The bank has launched a £250m storm fund to provide short term interest free funding for businesses which have incurred damage and suffered cash flow problems as a result of the gales.

The Bacton  pub and restaurant sits right on the East Norfolk coast, literally within spitting distance of the sea. You only have to look at the pub’s website to see how a coastal surge early in December could cause so much damage, depositing debris over the car park and lifting its surface.

Caroline says: “The surge happened around 9pm in the evening, and we were open for business but soon had to close. Although we had sandbagged around the buildings we couldn’t protect the car park.

“I phoned the insurers the next morning and they said to get quotes for the repairs and to take photos, but they were so inundated [with claims] it’s taken a while to sort out.”

The Poacher’s Pocket was forced to close in the immediate aftermath of the storm, losing a couple of days’ business and cancelling at least one big Christmas function booking. Although the Stubbs were given the go-ahead to clear up the debris so the car park could be used again, five weeks on they are still waiting for a payout to repair the damage to the car park surface and to the wall of their end chalet.

In the meantime RBS bridged the gap. “On the day it happened Mike phoned up to ask if there was anything he could do for us. It was lovely to know that there was someone at the other end of the phone willing to help,” says Caroline.

Roll was due to go on leave but cancelled so he could take loan forms out to the Poacher’s Pocket so the Stubbs could get money into their account as quickly as possible and sort out the car park.

“Mike and RBS have undoubtedly minimised the impact on our business. I would have had a few sleepless nights if it weren’t for them,” she says.

Dave Rawlins, a private landlord who rents out two cottages to tenants in Berkshire, also relied on help from RBS when a mains pipe outside the cottages burst as a result of the severe weather, causing extensive damage to the two properties.

Although Rawlins has made a claim to the water company involved to cover the cost of replacing plaster, walls carpeting and a kitchen, he needed immediate funding to carry out urgent repairs to enable the tenant to continue living in one of the cottages.

With the help of his RBS relationship manager Hussain Haidry, Rawlins borrowed an adverse wealth support loan for three months with no fee, interest or capital repayment for the three month term.

“RBS was very good,” he says. “I told them about the situation and it was sorted within 48 hours.”