UK inflation hit the 2.0% y/y target in December for the first time in more than four years. 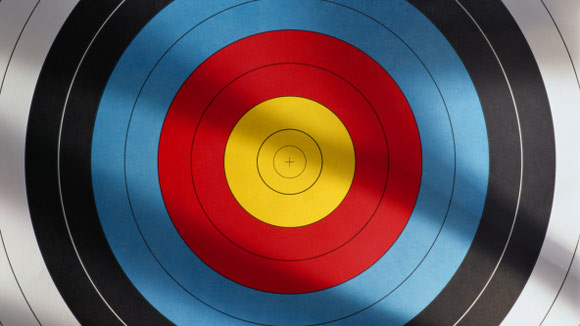 In the US, inflation crept up to 1.5%, still well below the Fed’s objective. And in the euro zone, inflation fell to 0.8%, leaving it in the economic equivalent of a separate time zone from the European Central Bank’s desired 2.0%. Among the major economies, only Japan is experiencing rising inflation but its 1.2% rate is hardly cause for celebration. It is hard to see central banks raising interest rates any time soon.

Does UK inflation have further to fall?

Consumer prices rose 2.0%y/y in December, down slightly from 2.1%y/y in November. It was the first time since November 2009 that inflation had hit the Bank of England's target. The sharp fall in inflation in the last six months has prompted renewed speculation about the dreaded d-word - deflation (or falling prices). But that talk seems misplaced. For now it's just low inflation, which is good news for households. Although the squeeze on their incomes remains, it's slightly less intense.

Retail sales (excl. fuel) jumped a massive 6.1%y/y in December - the fastest rate of growth for nine years, as consumers splashed the cash for Christmas. December's boost also meant 2013 achieved the best annual retail sales growth since 2007. Rising employment means there is a bit of extra income circulating around the economy and lower inflation is helping to make the pounds go just that little bit further. Consumers continue to embrace the digital age with online sales up 11.8%y/y in December and a third of department store sales made via the internet.

UK house prices rose 5.4%y/y in November according to the Office for National Statistics (ONS), well ahead of income growth. The familiar regional disparity was on show again, prices rising fastest in London (11.4%) and slowest in the North West (0.6%). RICS’ survey suggests prices will keep rising. The number of surveyors saying prices will increase exceeds those expecting a fall by the greatest margin since 1999 and the ratio of house sales to stocks hit its highest level since 2007. Surveyors are also doing their bit to boost productivity, with sales per surveyor three times their March 2009 low point.

Industrial output finished 2013 strongly, growing by 0.3% in December. Output is now 3.7% higher than the end of 2012, raising expectations of a good GDP number when the first estimate is released at the end of January. News that the private sector continues to grow strongly will be well received at the Federal Reserve, but there were also some causes for concern. Spare capacity continues to fall, with industry now running at 79.2% of potential, just 1% below its long-run average. So room for future growth without inflation is diminishing.

Preliminary estimates suggest German GDP expanded by 0.3% in the last quarter of 2013, below expectations. Full-year growth came in at 0.4%, weaker than in 2011 and 2012. Indeed, this was the worst figure for GDP growth since 2009 when the economy shrank by 5.1%. Contrasting with the caricature of Germany’s economy, growth was led by domestic demand rather than exports, as the recession in the rest of the euro zone weighed on activity.

2013 was largely the Year of the Snake in China and that was a decent reflection of the economy’s performance. Output grew by 7.7%y/y, the same rate as in 2012. However, growth slowed slightly in the final quarter as the effects of the earlier government stimulus on investment and industrial production waned. That said, investment accounted for more than half of the nation’s output as China continues to find it difficult to wean itself off capital-intensive growth.

You’ll often read that retail sales have fallen or risen because of the weather. It is the ‘go-to excuse’ for a surprising result, either good or bad. Well, according to the ONS, it’s a pretty lame one. Having examined the impact of weather events the statisticians concluded that, “In terms then of the retail sector’s sensitivity to the weather, past periods show a mixed picture with no clear relationship between the two.”