An award winning butcher has expanded his business with financial support from RBS and its dedicated asset finance arm, Lombard. Scottish business Tom Courts Quality Foods has added to its base in Cowdenbeath, Fife, by buying a second shop in nearby Lochgelly. 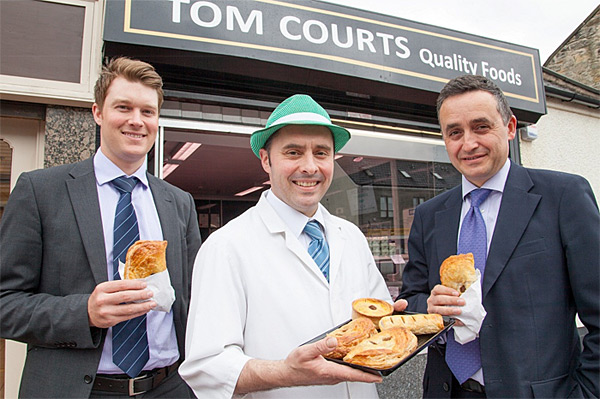 Under the management of owner Tom Courts, the meat and deli business has won a range of awards, including the prestigious Pork Sausage Champion of Scotland prize for the last two years running.

It has grown year on year since Courts took the butchers, delicatessen and bakery over from his father in 2003. The business, which uses the same steak suppliers as Harrods and the Savoy Grill – the renowned Black Gold Scotch Beef, and makes its potted hough, haggis, black puddings and steak pies all from scratch, has become one of the busiest butchers in Scotland.

After buying the leasehold of a dilapidated butchers shop in Lochgelly, Courts turned to RBS for funding to equip the business with specialist cooling counters.

Service second to none

Courts said: “Greig has been my Relationship Manager for four years and his service is second to none. I switched to RBS when I took over the business and haven’t doubted the decision for a moment - they have always been incredibly supportive and to have a business manager at the end of the phone is fantastic, you can’t buy that sort of support.”

The new shop in Lochgelly has generated four new jobs, and is expected to produce a turnover of £400,000 in its first year, in addition to the continuation of a £1.5 million turnover from the Cowdenbeath shop.

“Looking forward, we have a plan for expansion and intend to grow the business further and open two additional shops over the next two years,” he said.

Matheson said: “The business offers quality products and service and this is reflected in its success. I look forward to seeing the business continue to grow over the coming years.”