England’s crushing loss at the climax of the RBS 6 Nations tested head coach Stuart Lancaster’s leadership skills like never before. 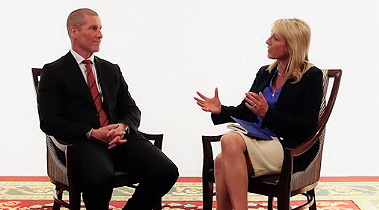 The 30-3 defeat cost England the tournament and their first Grand Slam since 2003.
“There wasn’t anything to say to the players immediately after the game. Everyone knew what had been lost,” Lancaster said in a session with RBS clients, in which he shared his thoughts on leadership and developing England.

But in a squad meeting the next morning Lancaster sought to restore confidence by putting the defeat into context and explaining why England would bounce back.