An entrepreneur who opened a popular cinema in the remote and northernmost town on the British mainland is planning to extend the formula across Scotland with funding from RBS. 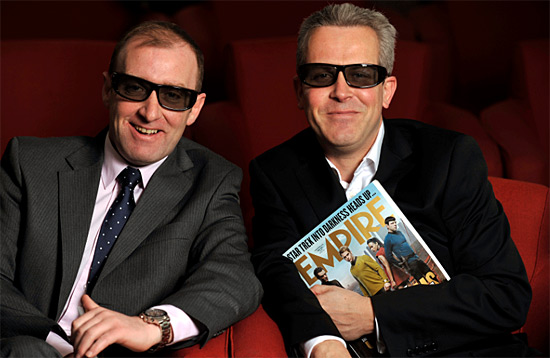 Edinburgh-based businessman Rob Arthur reopened the cinema in Thurso in July 2012 and now intends to open a chain of small picture houses in areas ignored by big multiplex operators.

He has identified 10 further locations where he would like to develop a similar service to that offered by the Thurso cinema, in locations ranging from the Border Counties to the Highlands and Islands, and hopes to raise another £6-8m through a mix of debt, equity and asset finance from RBS and other equity partners.

Arthur said: “Currently up to 1.6m people in Scotland are either under served, or not served at all by a cinema. This compares with the average person in England who lives 11 minutes from the nearest big screen. My plan is to branch out to other rural cinemas throughout Scotland to provide access to what is an important social medium.”

The two screen Thurso Cinema opened with Scottish  Arts Council backing in the 1990s, but closed in 2009 after failing to attract enough cinema goers.

Supported with £40,000 from RBS, Arthur re-opened the cinema last year with lower ticket prices, and the bank provided additional funding in March 2013 for the installation of digital and 3-D equipment. This will enable the cinema to not only show feature films - the cinema showed 18 of the top 20 films last year - but also to develop other forms of entertainment for the community.

This will attract all age ranges, with plans already in place to partner with the National Theatre to bring productions such as ‘The Audience’ with Helen Mirren to the North of Scotland, and a further link to show the Stone Roses concert in May with a live Q&A.

Arthur wants to build similar partnerships with Scottish museums and open up educational opportunities as well as big sporting events, which could include an Andy Murray Wimbledon Final in the summer!

Arthur said: “Before we opened in Thurso, the residents had a 220 mile round trip to Inverness, now they go weekly if they wish without the cost of a hotel stay. It’s a safe and friendly meeting place whether for children attending our Kids Club, teenagers and young couples or the older generation.”

RBS Relationship Manager, Dennis Curran comments, “RBS is delighted to be able to support a businessman like Rob who is set to establish cinemas across rural Scotland, and to bring not only greater social interaction, but jobs to youngsters who might otherwise leave for the cities.”