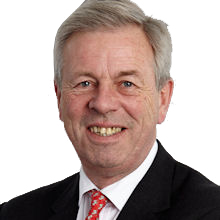 Robert began his career with Price Waterhouse (now PricewaterhouseCoopers) where he qualified as a chartered accountant.

He then moved into banking joining SG Warburg, specialising in corporate finance, and was appointed as Co-Head and Managing Director of its US investment banking business in 1989. Following the acquisition in 1995 of Warburg by Swiss Bank Corporation (which subsequently merged with UBS), he then held the roles of Head of UK Corporate Finance, Head of European Corporate Finance and Co-Head of its global business and CEO of the EMEA region. He relinquished his management roles at the end of 2005, and was appointed Vice Chairman of UBS Investment Bank.

Robert left UBS to join Evercore Partners, from where he was seconded to the UK Panel on Takeovers and Mergers, as Director General, from 2010 to 2013.