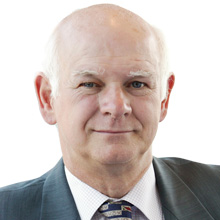 Howard was Deputy Governor of the Bank of England from 1995 to 1997 and Chairman of the UK Financial Services Authority from 1997 to 2003. Howard was Director of the London School of Economics and Political Science from 2003 until May 2011. He is also Professor of Practice at the Paris Institute of Political Science (Sciences Po).

Howard was chair of the UK Airports Commission between 2012 and 2015 and is also the author of several books on financial subjects.