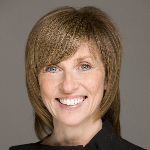 Lena was Chief Executive of Scottish Enterprise from November 2009 until October 2017, having previously held the roles of Chief Operating Officer, Chief Executive Officer, Scottish Development International (Scotland's international trade and investment arm) and Senior Director, Customer Relations.   Prior to that, Lena was Senior Investment Advisor to The World Bank in Washington DC, advising developing countries on foreign direct investment and private sector development.  Lena has also served as a member of Scotland's Financial Services Advisory Board and as Chair of Scotland's Energy Jobs Taskforce.

Lena is a visiting Professor at the University of Strathclyde. She is also an ambassador for The Prince & Princess of Wales Hospice (Glasgow) and the Edinburgh Military Tattoo, and served on the Board of the Prince's Scottish Youth Business Trust for 10 years.  In June 2015, Dr Wilson received a CBE for her services to economic development in Scotland.