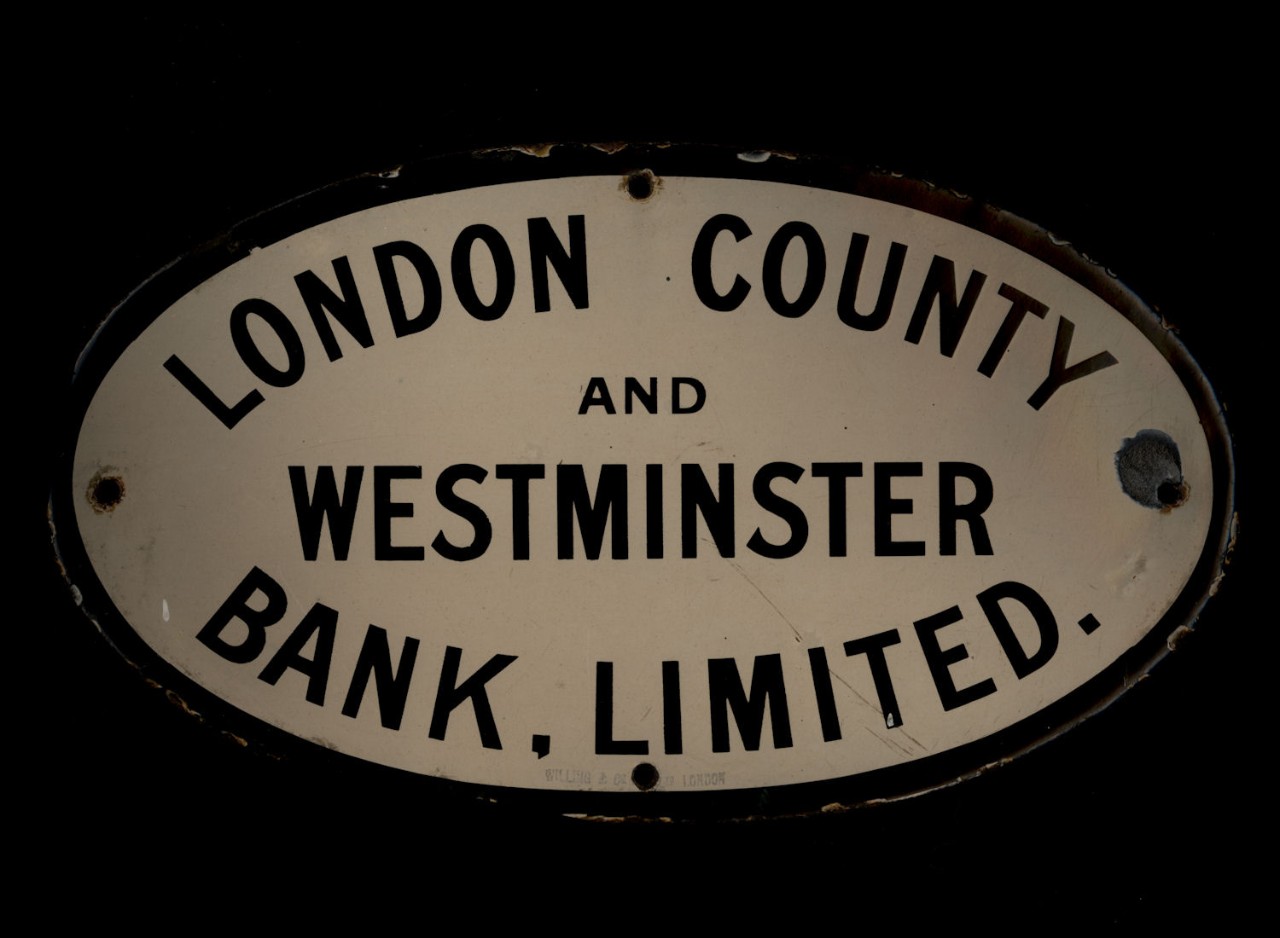 This enamel plaque from Bordon Army Camp branch is chipped and battered, as though it saw long service, but the bank name it displays was only valid from 1909 to 1918. This was one of four names under which the branch traded in the 16 years afters its opening in 1908. These years coincided with an intensive period of mergers in English banking, through which England’s complex patchwork of regional banks was reshaping into the ‘Big Five’ names that would remain dominant for much of the 20th century.

When Bordon Army Camp branch opened in 1908, it was as an office of London & County Bank, one of the biggest regional banks in the south of England. The following year the bank merged with its leading competitor London & Westminster Bank, and took on the new name London County & Westminster Bank. Like all the bank’s branches, Bordon had to be relabelled, and this sign dates from around that time.

| by 1917 mergers were firmly back on the agenda

Within a few years, thoughts of further mergers were temporarily abandoned amid the upheaval and sacrifice of the First World War. Nevertheless, as the war stretched on, bank executives began to think about the challenges they would face in the post-war world. The outlook for small local banks did not look good, and by 1917 mergers were firmly back on the agenda.

London County & Westminster Bank, already one of England’s biggest banks, was one of the key players in the amalgamation movement. It bought Ulster Bank in 1917, but continued to operate it as a separate subsidiary. The following year it merged with Parr’s Bank, which had a branch network focussed primarily in the north west of England, to create a bank with a 700-strong branch network and the unwieldy name London County Westminster & Parr’s Bank.

The bank was even in advanced negotiations to buy Bank of Scotland when, late in 1918, the government became concerned about the rate of amalgamations and called a halt, forcing the abandonment of the Bank of Scotland deal. Nevertheless, smaller acquisitions still went ahead: Nottingham and Nottinghamshire Bank in 1919; Beckett & Co of Yorkshire in 1921; Stilwell & Sons of London in 1923; and Guernsey Commercial Banking Co in 1924.

Also in 1924, the bank shortened its name to Westminster Bank. By that time it had become one of England’s ‘Big Five’ high street banks, along with National Provincial, Lloyds, Midland and Barclays, each of which had undergone its own equivalent expansion in the preceding decades. Later, in 1970, Westminster and National Provincial would join forces to create NatWest. 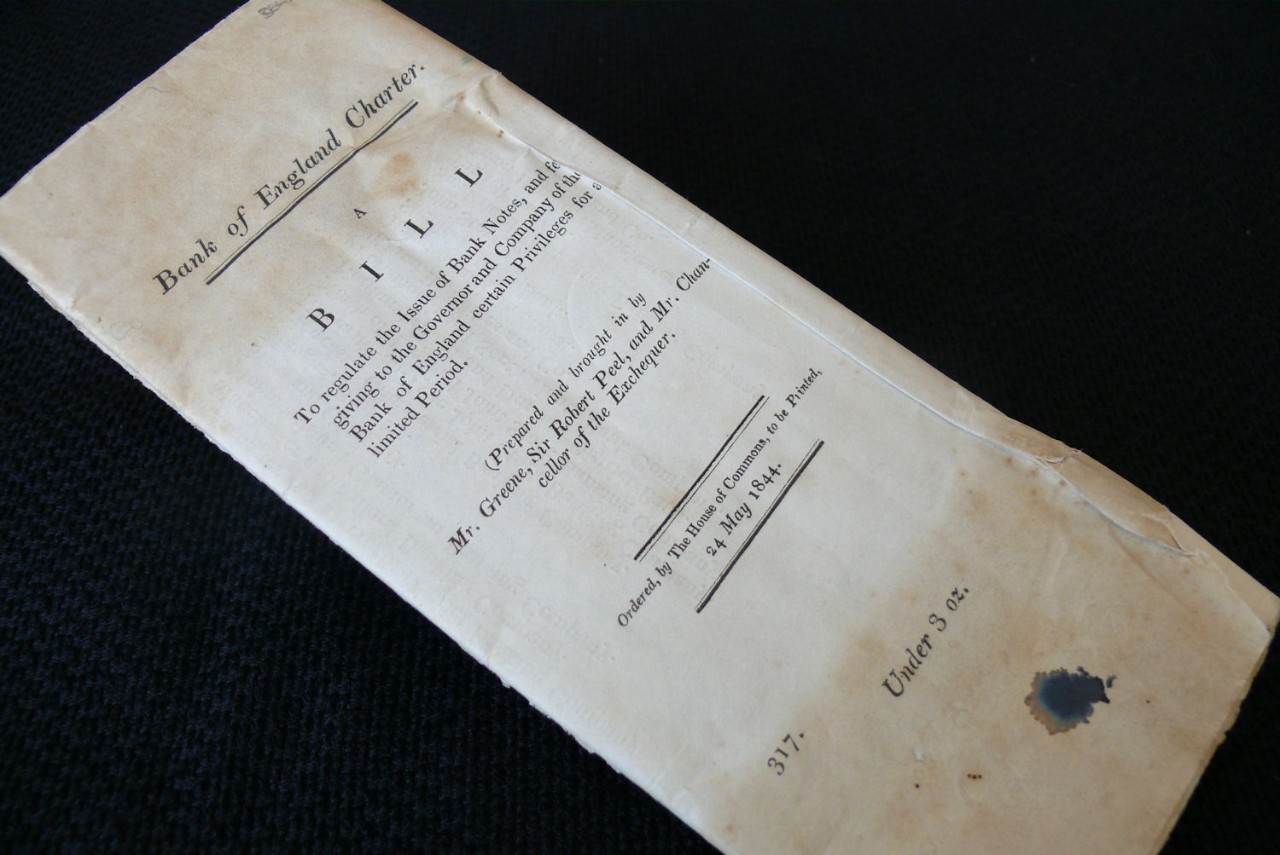