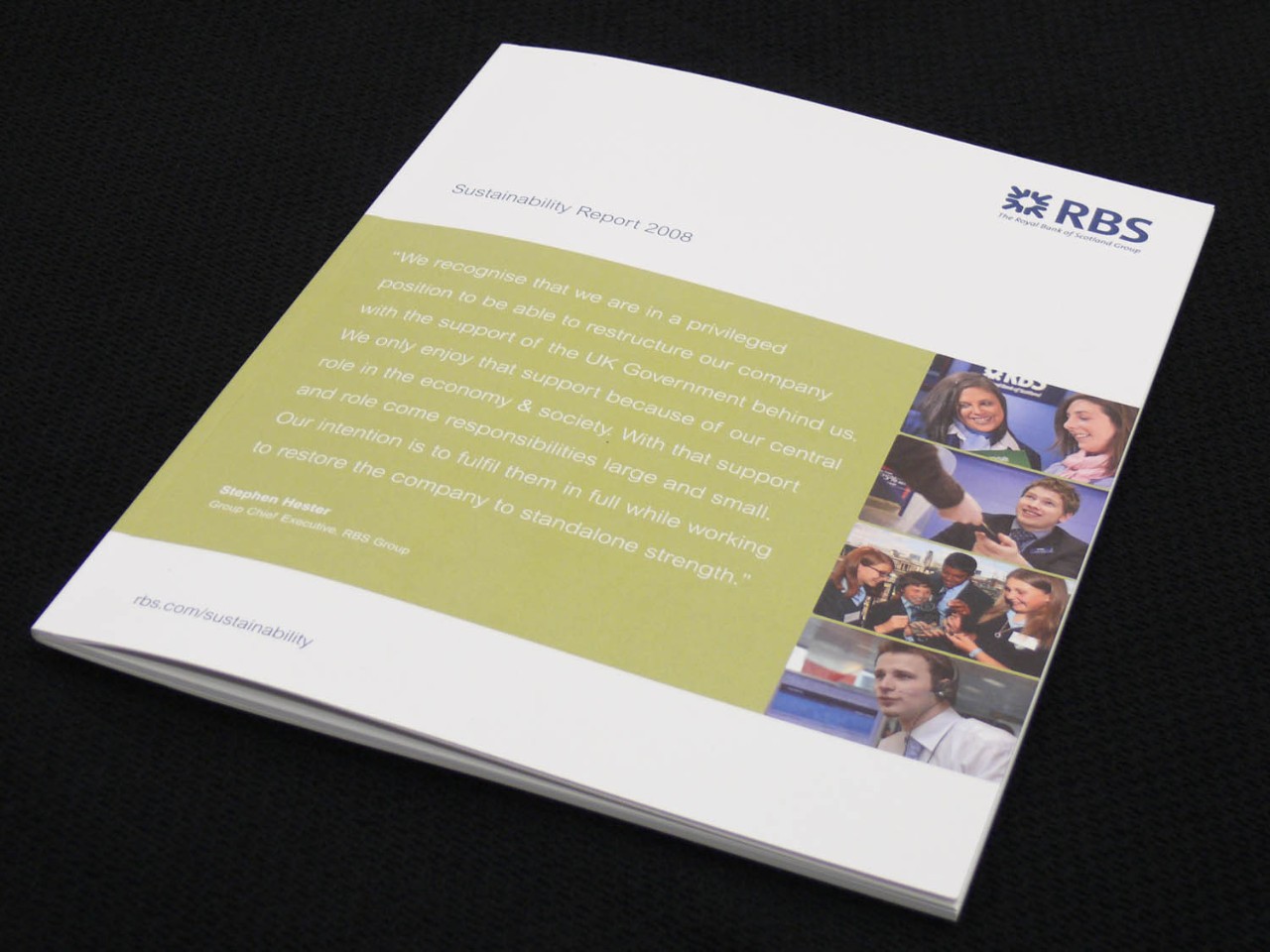 Just months before this report was published, RBS had been brought to the verge of collapse by the global financial services crisis. A sustainable approach to business was to be the starting point for the new management team's strategic plan to move on from that position.

Companies publish various reports. There's the annual report, required by law from all shareholder-owned companies. There are also interim reports, reports on economic conditions, on consumer preferences and habits and on particular projects and goals. Each one states present circumstances in the light of the recent past.

A sustainability report is no exception, but it's something extra too. It reviews the recent past and the present, but it does so with a focus on the future. It recognises that gains and losses cannot all be counted on today's balance sheet. It says that other things matter too: the long term; the future; the world we build around ourselves.

| 2008 was an exceptionally painful year

2008 was an exceptionally painful year. As the global economic crisis deepened in early October, governments across Europe announced plans to support their domestic banks. Scores of long-established businesses which had once seemed invincible suddenly began to look very fragile.

RBS was one of those banks. Overly dependent on the wholesale capital markets and having overstretched itself in acquiring the Dutch bank ABN AMRO, it was particularly vulnerable. On 7 October its share price went into freefall. Before the markets reopened the next day the British government announced a rescue package to support banks like RBS, in order to avert a more severe crisis.

To bring RBS back to standalone strength and to repay the government, a new senior management team was appointed, and a strategic plan was put in place to reshape its businesses, reduce risks and costs and refocus on customers' needs.

By the time this report came out later that year, RBS had a clear plan for correcting the things that had made it so vulnerable, and for changing its business to reflect the new environment. Much had already been learned and achieved, but this was to be a long and difficult journey, and one that would demand openness and clarity at every step. This report played its part, right down to its unusual cover design. Company report covers tend to feature glossy photos, pared-down headlines and snappy soundbites. Unconventionally, this one gives prominence to a lengthy block of text. It expresses simply and openly some of the things that needed to be said.

RBS already knew that actions, not words, would matter most on the road to recovery, but these words were not a bad place to begin.